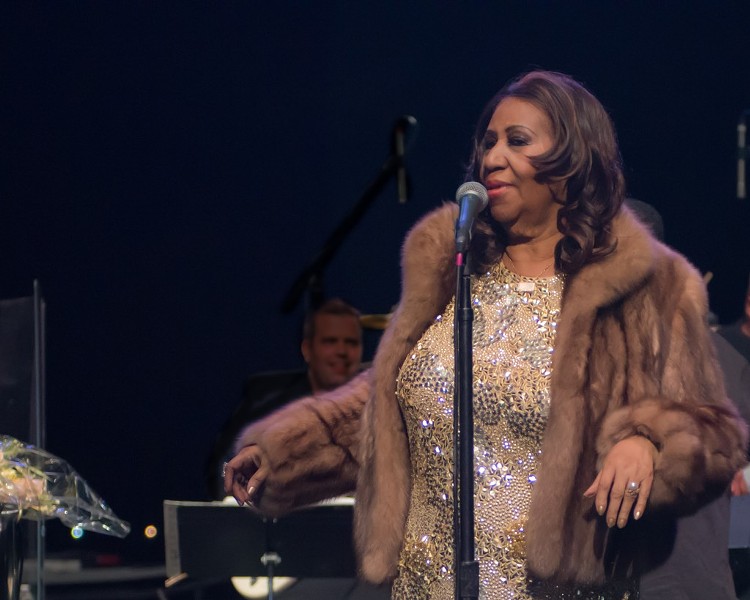 Many have paid tribute to the Queen of Soul the week following the legendary her death. That includes Chene Park Amphitheatre, which will host a free tribute concert on the eve of Aretha Franklin's funeral.

The concert, which will take place on Thursday, Aug. 30, will feature performances by over 20 artists across R&B, gospel, jazz, and hip-hop genres including appearances by Gladys Knight, Raheem DeVaughn, Angie Stone, the Four Tops, Kurt Carr, Kimmie Horne, and more, according to a press release. Activists and family members will also take the stage to speak on Franklin's social contributions and profound influence on music, culture, and feminism.

Tickets are required for admission to the free concert and will be made available without processing fees starting at 10 a.m. on Monday, Aug. 27  via Ticketmaster.

Also announced today, Franklin's funeral scheduled for Aug. 31 at Greater Grace Temple Church will feature a motorcade of more than 100 pink Cadillacs set to line up along Seven Mile Road, a nod to the singer's 1985 hit "Freeway of Love."

Franklin died last Thursday in her Detroit home surrounded by loved ones after losing her battle with advanced pancreatic cancer. She was 76 years old.

The singer last performed at Chene Park in August of 2015 alongside the Isley Brothers.