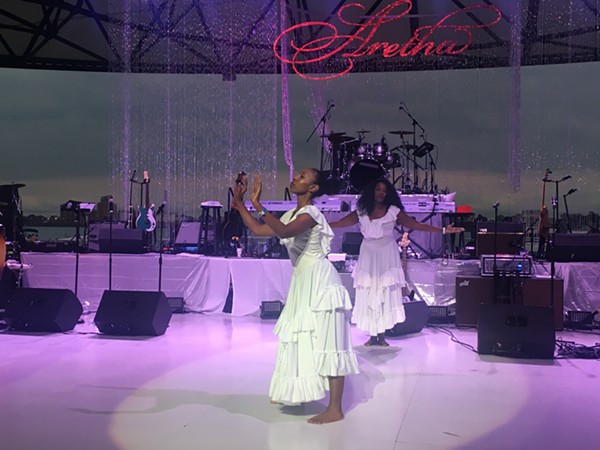 Detroit's City Council unanimously approved a resolution on Tuesday that will rename Chene Park in honor of the late Aretha Franklin.

According to the resolution, which was first announced by Mayor Mike Duggan last week and approved Tuesday morning 8-0, the venue will be renamed Aretha Louise Franklin Amphitheater. Council President Brenda Jones will now submit a formal ordinance to make it law.

"Aretha Louise Franklin was a life-long Detroiter, internationally beloved and acclaimed musician, and inspiration to multiple generations of music-lovers," the resolution reads. "Her well-known support and activism towards advancing civil rights and women's rights is a legacy that mirrors the ideals of the City of Detroit and its residents."

As Michigan Chronicle points out, Chene Park was named after Charles Chene, a French immigrant who owned land along the Detroit River. He was also a slaveowner. In keeping with a larger national trend of renaming slave-era monuments, it is only fitting that Detroit will rename Chene Park after a woman who became a civil rights icon. (Now, if only someone could do something about Cobo Center...)

It's the second landmark in Detroit to be renamed after the "Queen of Soul." In 2017, Franklin gave her final Detroit performance as part of Detroit Music Weekend, where a stretch of Madison Avenue outside of Detroit's Music Hall was renamed "Aretha Franklin Way."

Franklin last performed at Chene Park in August 2015 for the park's 30th anniversary. Last week, the venue was host of a free full-house tribute concert for the singer.