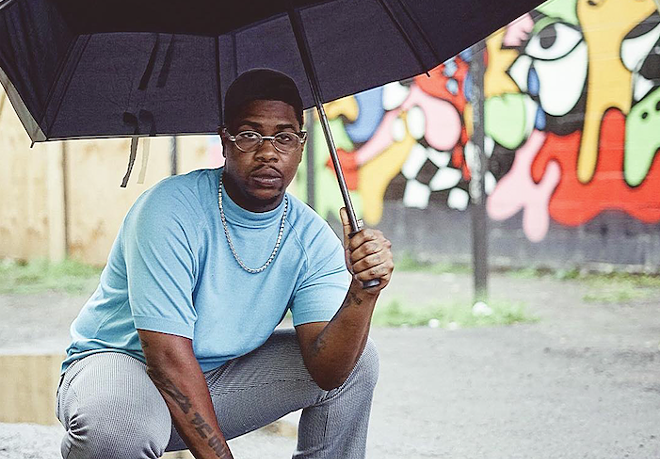 Sheefy McFly has evolved into one of Detroit’s most talented and versatile artists. During any given week you might catch him DJing, painting a mural, or recording a hip-hop track in the studio.

Sheefy has always lyrically and visually been a bit of a throwback artist, but also one that’s pushing the culture forward. “Worried” defines that. The visuals for the track encompass the sum of Sheefy’s aura and creative outlets. He fires off his hardcore and slick witty bars while wearing an old-school (Big Daddy Kane-ish) blue mock collared shirt, gray slacks, Cartier glasses, and his signature pump waves. He smokes a blunt in front of his Eastern Market mural, and sips a Patron at Griot Music Lounge while his paintings reside in the background.

You can check out the video below.