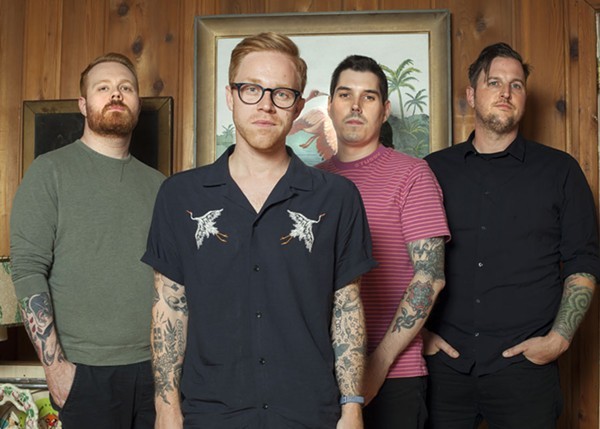 Described by singer Ryan Allen (formerly of Thunderbirds Are Now!, Friendly Foes, and Destroy This Place) as the Michigan band that wasn't a band until, well, it was a band, Extra Arms dropped their latest video from their LP released last week.

The album's titular video stays tight on Allen's mouth with occasional close-ups on the handiwork of bandmates Sean Sommer (drums) Michael Gallacher (guitar) and Ryan Marshall (bass). Accompanied by some fun animated emojis floating about, the video isn't as much about the action as it is about the words. Allen had this to say about the track:

"Headacher" is the first song we wrote for our new album. It's basically about feeling dazed and confused after the last presidential election, and the reality of what just happened setting in. Kind of an "Oh, shit, I can't believe this is real" type of feeling. But, it's also a rallying cry to get outside of your own little political bubble and do what you can to make a positive change — to fight back against this orange Cheeto that we have in office.


Watch the video for "" below.