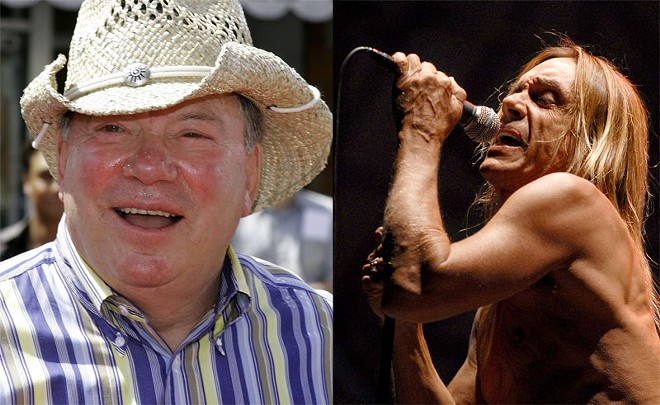 We know it's not even Halloween yet, but some people are already thinking about Christmas. At least that's true of beloved Star Trek actor William Shatner, who will release his first holiday album, Shatner Claus – The Christmas Album, on Friday.

The tracklist features 13 tracks pairing Shatner and guests from the rock 'n' roll world, including Iggy Pop, who croons on an oddly reverent version of "Silent Night." Who knew the Godfather of Punk was such a softie? You can stream it below to get into the holiday spirit.