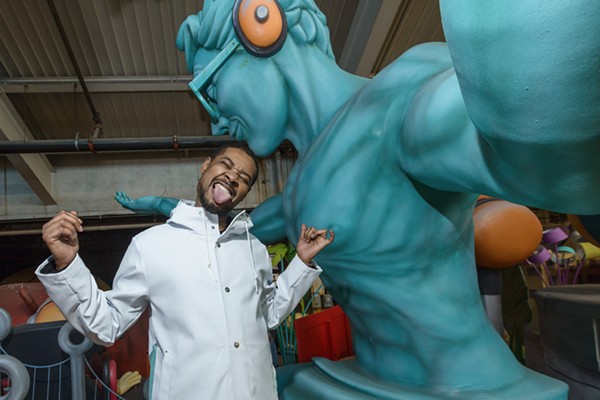 In the past year, Danny Brown announced a new record, underwent a dental makeover, made an appearance in the film White Boy Rick, and released an unofficial mixtape via the gaming service Twitch. Oh, and he gave some sound advice: "Never spend $70,000 on samples for an album that no one buys cause you will be in debt."

As is the norm for Detroit's favorite smile, Brown has cleared his holiday schedule to bring it all back home for his annual Brusier Thanksgiving celebration. For its fifth spin, he's taking it to the rink.

Brown will perform with , Jpegmafia, Bruiser Brigade, Bearcat, Sam Austins, and others at the Masonic Temple Roller Rink on Wednesday, Nov. 21. Tickets are $30 and can be purchased here.