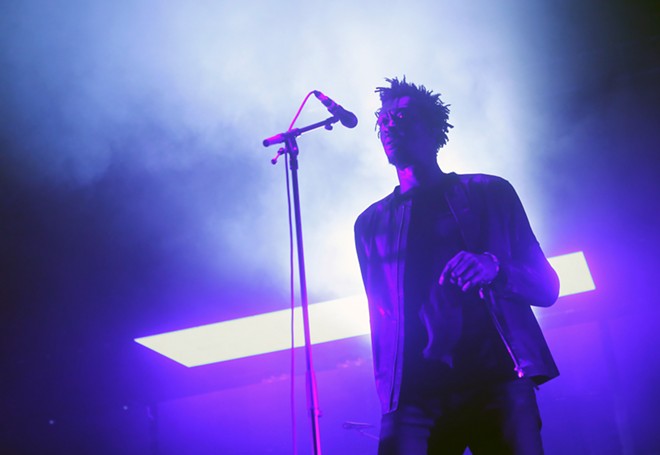 Twenty years after the release of its seminal album Mezzanine, British trip-hop group Massive Attack has announced that they're returning to the road — and will be coming stateside, with a Detroit date.

The newly announced 10-date North American tour will follow a European stadium tour which kicks off in early 2019. The tour is only coming to select American cities, largely hitting major cities in the midwest and west coast. Fortunately for us, Massive Attack will be stopping by Detroit's Masonic Temple on March 22, bringing with them Cocteau Twins singer and "Teardrop" vocalist Liz Fraser.

Massive Attack has performed and released material sporadically for the past decade. The group's most recent EP, 2016's Spoils Come Near Me featured the melancholy vocals of Mazzy Star's Hope Sandoval on "The Spoils."

Tickets for the Detroit show go on sale on Wednesday, Nov. 7 at 10 a.m.