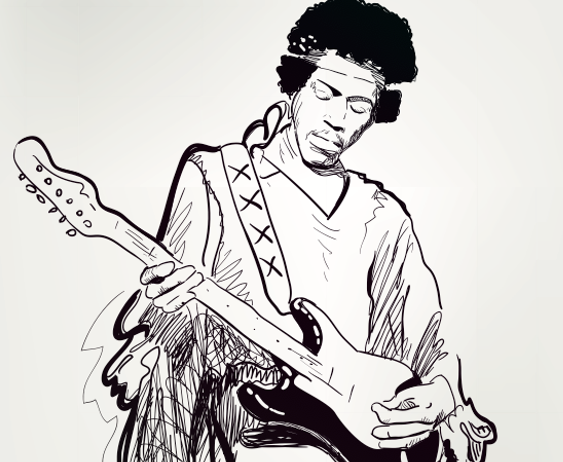 The “Purple Haze” lingers, even now, 48 years after the death of Jimi Hendrix. Known for being ahead of his time (and tragically, taken too soon) in just seven years Hendrix carved his spot in rock ‘n’ roll history with his remarkable dexterity, musicianship, and charisma.

On what would be the legendary guitarist’s 76th birthday, Jahi Zuri, Ras Kente and the Take No Prisoners Posse will take the Wright Museum stage for a funk-inspired take on Hendrix’s hits to honor the late icon.

Bonus tribute trivia: Google Aretha Franklin and Jimi Hendrix to uncover the story behind Franklin’s “Save Me” and how Hendrix’ contributions were wiped from the final recording.