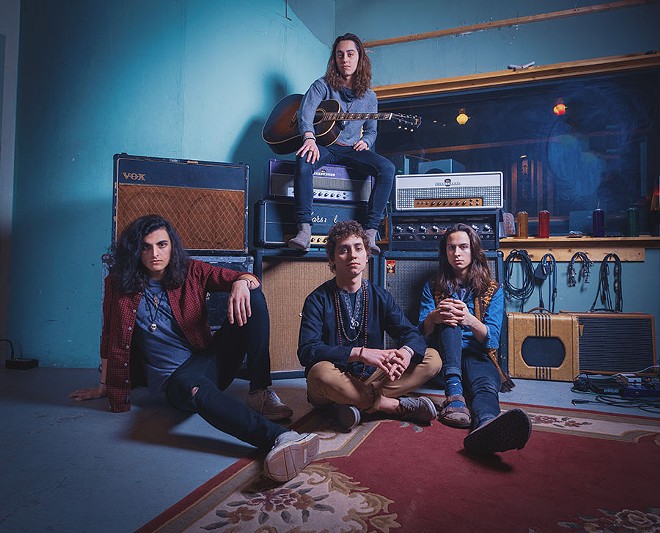 Greta Van Fleet — the band described as "poor kids from Frankenmuth, Michigan" that "don’t even realize they’re more of an algorithmic fever dream than an actual rock band," in one of the most scathing Pitchfork album reviews of all time — just scored four Grammy Award nominations, including new artist.

The Friday Grammy announcement revealed that Greta Van Fleet's 2017 EP, From the Fires, will vie for awards in the best rock performance, rock song, and rock album categories. The band's debut album Anthem of the Peaceful Army, which was given a 1.6 score by Pitchfork (and ranked as the lowest scoring album of the year), was released after the award show's cut off date, making it ineligible for this year's Grammy Awards.

GVF is not the only Michigan act represented during this year's awards. Detroit's own Eminem landed a nod for best rap song ("Lucky You") and singer-songwriter Sufjan Stevens scored a nomination with "Mystery of Love," his contribution to the Academy Award-winning film Call Me By Your Name. Bettye LaVette is also up for best Americana album and best traditional R&B performance, and violinist Regina Carter will contend for best-improvised jazz solo.

The 61st Annual Grammy Awards will air on Sunday, Feb. 10 on CBS. You can view the full list of nominations here.