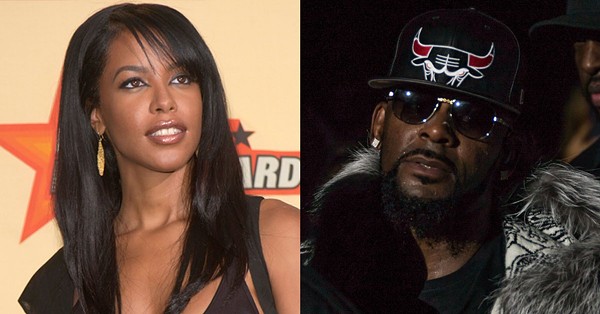 The mother of the late Detroit singer Aaliyah made a rare public statement to denounce an upcoming documentary that includes new allegations that support claims her then-underage daughter had a sexual relationship with the singer and producer R. Kelly.

In Surviving R. Kelly, a new six-part documentary produced by Detroiter dream that premieres Thursday on Lifetime, a former dancer named Jovante Cunningham alleges that she saw Aaliyah and Kelly having sex on a tour bus. In the first episode, Cunningham says she saw Kelly doing "things that an adult should not be doing with a child" on the bus. At the time Kelly would have been 27 and Aaliyah would have been 15.

On Wednesday, Haughton released a statement to media outlets calling Cunningham "a liar" and denouncing the documentary.

"The woman and so-called singer that describes seeing, meeting, or breathing the same air as my daughter, Aaliyah, is lying and is a liar," Haughton said in the statement. "My husband and I were always on tour with her and at interviews and every place she went throughout her entire career. Whoever this woman is, I have never seen her before anywhere on planet earth, until now."

"Shame on all those involved in this project who thought it kosher to drag Aaliyah's name into a situation that has nothing to do with her today," she added. "Once again, this will not be tolerated." Aaliyah died in 2001 in a plane crash in the Bahamas at age 22.


It is a rare statement from the singer's estate and one that appears to be at odds with facts that have been reported so far. Aaliyah was Kelly's protégé. They made a record together called "Age Ain't Nothing But a Number." At the time, Vibe magazine uncovered a marriage certificate that showed Kelly and Aaliyah had secretly married in Illinois, on Aug. 31, 1994, when she was 15; the certificate falsely stated that she was 18. The Chicago-based journalist Jim DeRogatis has spent years shining a light on allegations of Kelly's sexual misconduct, and in the years since, other parents have come forward to DeRegatis alleging that Kelly was keeping their young daughters in a sex "cult."

Kelly and his lawyers have denied the allegations, and have threatened to sue Lifetime over the allegations. But in a 2016 interview with GQ, Kelly revealed he had been raped when he was a child and that he believed people who rape children were themselves raped as children — what he told the magazine he believed was "a generational curse."

"This is rape culture," DeRogatis has said.

Despite the widely reported allegations against Kelly and the rise of the #MeToo movement, the singer has managed to avoid the backlash that has ended the careers of men like Harvey Weinstein and Bill Cosby. Kelly performed at Detroit's Little Caesars Arena last year, sparking a protest.

In 2014, Lifetime released an Aaliyah biopic titled Aaliyah: The Princess of R & B that was widely panned for glossing over the sexual misconduct allegations.

"I felt like it was time to deal with him, for lack of a better word," she told The Detroit Free Press.

Surviving R. Kelly starts at 9 p.m. Thursday through Saturday on Lifetime. The trailer is below.