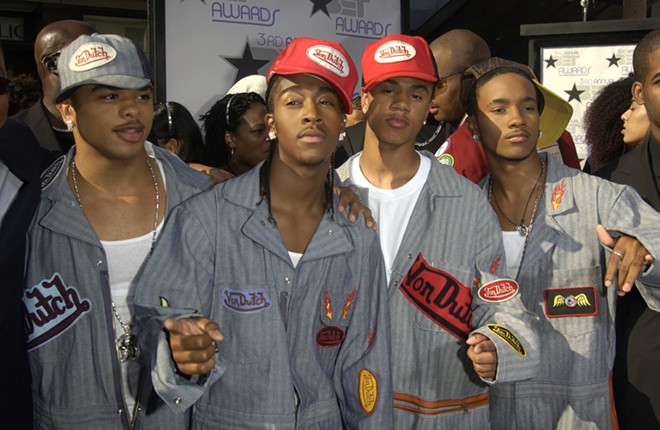 
Multi-platinum R&B group B2K have announced a 2019 reunion tour — titled “The Millenium Tour” — which will make its way to Detroit on April 24 at Little Caesars Arena.


All four original members — Omarion, Lil’ Fizz, Raz-B J-Boog — will be busting out their sensual dance choreography, matching outfits and crooning voices. And they are bringing a handful of other R&B favorites from the early noughts with them.


It’s been nearly two decades since B2K’s self-titled debut, which featured singles “Uh Huh,” “Gots Ta Be” and “Why I Love You.” The album debuted at number 2 on the Billboard charts in 2002. Later that year, they stirred up sophomore album Pandemonium!, which added “Bump Bump Bump” and “Girlfriend” to their list of hits.


Since the group disbanded in 2004, the genre of R&B boy bands has become seemingly non-existent. But with the market for and 00s nostalgia booming, B2K wants to make sure you get served one more time.

Mike Dionne is an editorial intern at Metro Times.