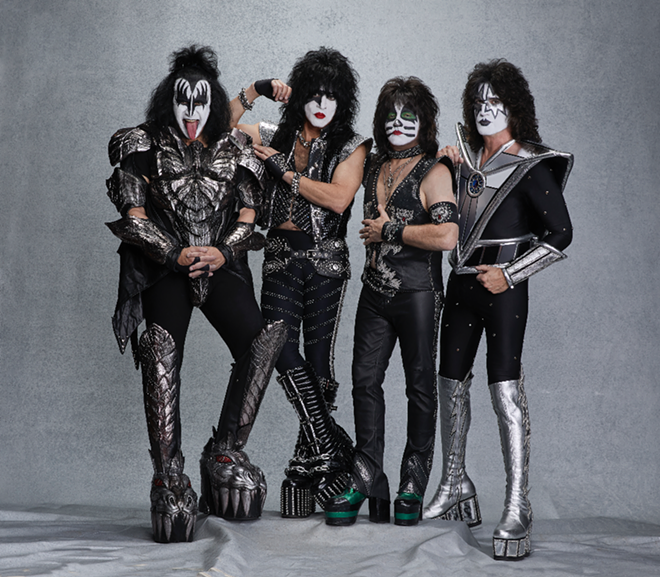 After 45-years of makeup, madness, and parading around like rock ’n’ roll clowns, Kiss will finally hang up their space armor.

A band that once compared itself to herpes is calling it quits with the “End of the Road” tour, which will see Paul Stanley, Gene Simmons, Tommy Thayer, and Eric Singer doing what they do best — wear platform shoes, stick their tongues out, and cue backing tracks and pyrotechnics. As the head of the latest rockers to head into rock retirement, Simmons — the insatiable sex-maniac and perhaps the only person rude enough to piss off NPR’s Terry Gross — has promised that the band’s final tour will “have the most explosions, the most hits, and be the loudest yet!” Teenage boys who came of age in 1975, unite!