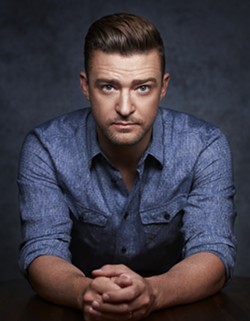 Justin Timberlake is kind of having a very un-sexy year due in part to 2018’s dimly received Man of the Woods and his Super Bowl halftime performance (during which he cheaply summoned a Prince hologram on a bedsheet while wearing, like, a 17-piece suit, probably to make amends for his involvement in 2004’s “Nipplegate” with Janet Jackson). Anyway, JT is a DILF now, and even if the Los Angeles Times’ concert review panned his recent performance as feeling like a “rehearsal” (ouch!), if we don’t see for ourselves we might cry ourselves a dang river.