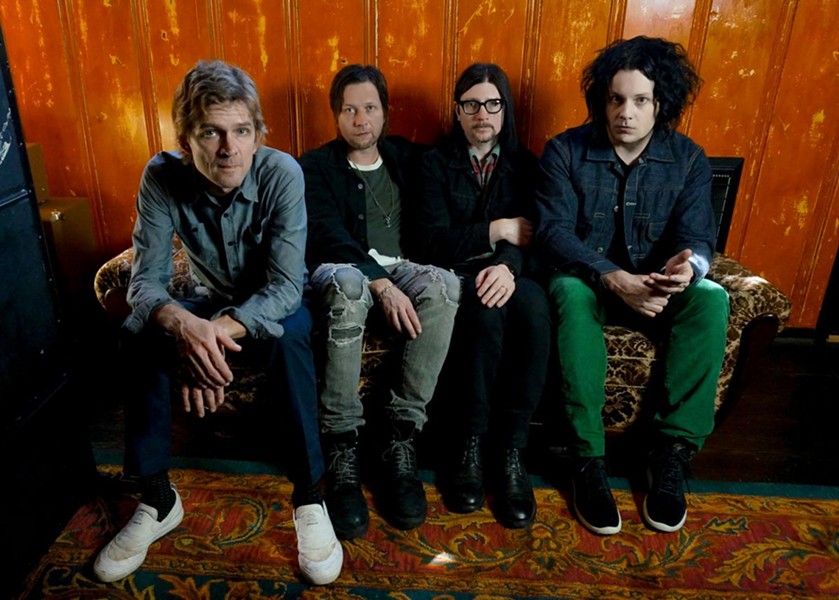 On Saturday, the Raconteurs played its first show in eight years for Third Man Records' 10 year anniversary in Nashville. Now, it's hitting the road — fittingly with a first stop in Detroit, where the band formed in 2006. The band, co-fronted by Jack White and Brendan Benson, is set to perform on July 12 at Detroit's Masonic Temple Theatre.

The last time the band played in Detroit was in 2008 at the Fillmore. Before the encore, White's former White Stripes bandmate Meg White teased the audience by sitting at the drum set before Benson said, "Whoa... wrong band!" The White Stripes had abruptly canceled its tour the year before, citing Meg's "acute anxiety." Aside from an odd guitars-only performance of "We Are Going to Be Friends" on the final episode of Conan in 2009, that Raconteurs show was the last time Jack and Meg shared a stage.

At the Nashville show, the band played songs from Help Me Stranger, including the previously released “Now That You’re Gone” and “Sunday Driver.” They also covered Donovan’s “Hey Gyp (Dig the Slowness)” and “Keep On Trash” from White’s former band, the Go.