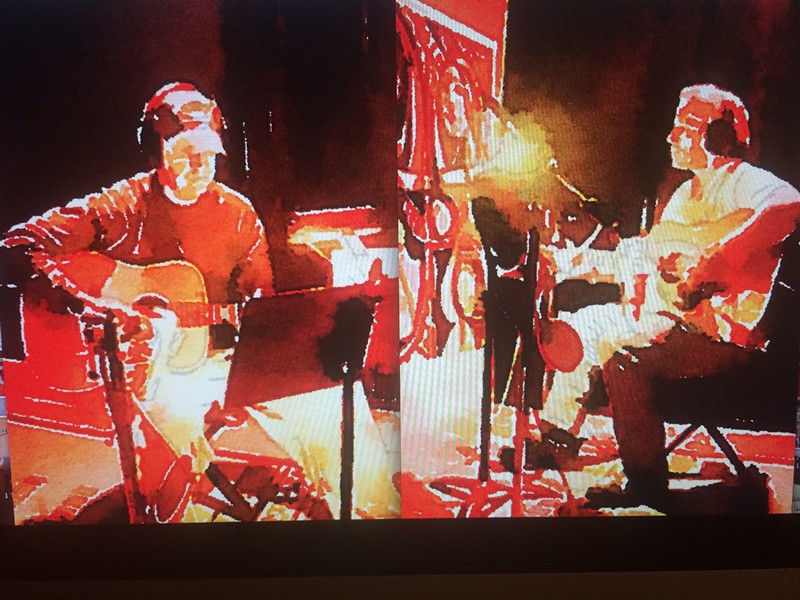 The band's track "Across the Great Divide" is featured in Crypto, which is released Friday in select theaters and on-demand.

According to a release from the band, the film "deals with fraud and corruption in New York, involving crypto currency and the Russian mob. 'Across the Great Divide' will be heard for 1:54 during a karaoke bar scene."

It's the second high-profile placement for the duo: their track "Little Luxuries" was featured in Grosse Pointe Blank.

The film trailer is here. The video for the track is below.