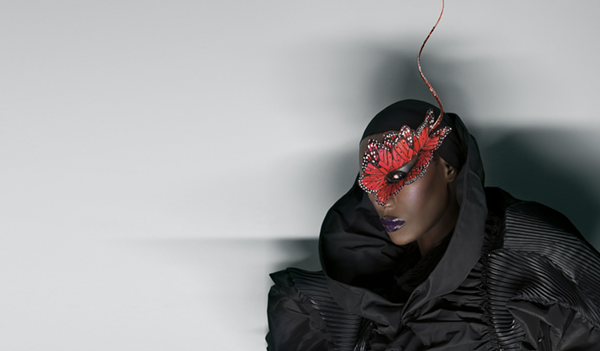 Before Lady Gaga took to the red carpet draped in raw meat, or Björk made waves for wearing a swan dress, and long before queen Beyoncé would unleash her visual masterpiece Lemonade, there was Studio 54 and the androgynous art-pop icon Grace Jones.

The 70-year-old (that's right, 7-0) Jamaican-American supermodel, actress, singer, and style legend will make a rare, one-off appearance at Detroit's Masonic Temple on July 1. Jones, who rarely performs — as evidenced by her website, which only lists a few expired international tour dates from 2015 — was most recently the subject of a Sophie Fiennes's Bloodlight and Bami, a stunning documentary that follows the "Pull Up to The Bumper" singer around the world and took nearly 12 years to complete.

"Sometimes you have to be a high-flying bitch," Jones says in a clip from Bloodlight and Bami while applying her signature contour, laughing.