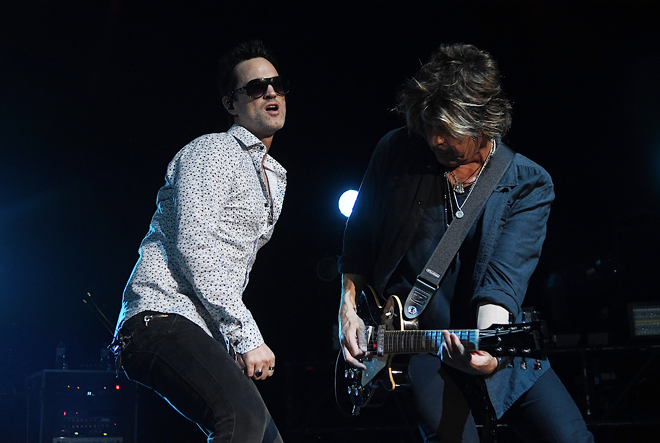 Nearly 30 years after “Plush” dominated airwaves and just two years after electing a Michigander as its new singer, Stone Temple Pilots continue to forge ahead — this time with a co-headlining tour.

On Monday, Stone Temple Pilots announced the band will embark on a 12-date run of co-headlining performances with Long Beach rockers Rival Sons this fall. The tour, which kicks off in September in Baltimore, will visit Michigan Lottery Amphitheatre at Freedom Hill on Friday, Sept. 27.

Before STP, Gutt landed a spot on the reality talent competition series X Factor in 2012 and then again in 2013 when he worked under the mentorship of Destiny's Child singer Kelly Rowland. Gutt ended the season in second place.

"If I would have won that crappy contract I would have been stuck in purgatory for the rest of my life," Gutt told Metro Times last year of his reality TV stint. "It's a bunch of suits that have control over your career at that point. I got to cut and run and do my own thing. I think I've proven that I'm more than just a TV singer. I was always more than that, even before I went on TV."