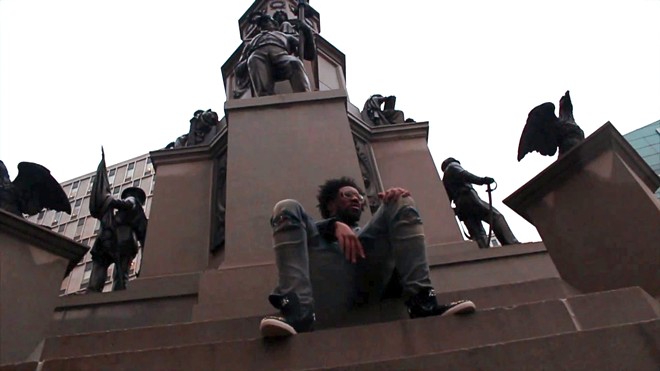 Lately the best place to catch producer and DJ Nick Speed has been on Red Bull Radio and Shade 45 radio shows spinning classic hip-hop mixes. This time the Detroit native has dropped a gem of his own.

“Throw Sum” is a boom-bap track with a vintage Detroit edge to it. Speed reminds everyone he’s a talented lyricist as well with lines like, “I live lawless, I know I’m not flawless/ I know I’m not big as Christopher Wallace.”

The visuals (directed by his sister Lauren Speed) feature Nick writing, in the booth, and in front of several of Detroit’s landmarks. Check out the video below.