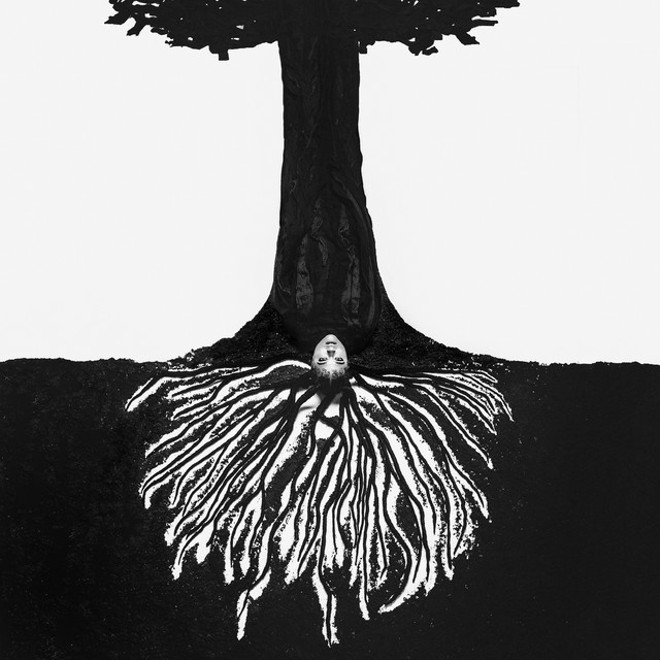 You may have heard her on Chance the Rapper’s Grammy-winning 2016 mixtape Coloring Book. Or maybe you heard her backing vocals on Prince’s groovy Freddie Gray tribute track, “Baltimore.” Or maybe you’re lucky enough to have already heard the work of Eryn Allen Kane, a 29-year-old Detroit native and soul songstress who has managed to attract the attention and praise of both critics and legendary musicians. Despite her impressive musical track record, Kane has yet to release a full-length debut album. Her discography tends to unveil itself in increments of a few songs, each one without a doubt striking enough to sit on for a while.

Her new project is no exception, as Eryn Allen Kane embodies a profound wisdom on a poignant seven-track EP titled, a tree planted by water.

“Deeply Rooted” opens the EP, the first of three spoken-word tracks voiced by contemporary poet Aja Monet. Monet speaks over a subtle and dreamlike musical track (which features Kane’s mesmerizing vocals melodically chanting, “Got me in a daze”) about losing touch with your roots in the modern age. It’s a weighty but fitting intro to the project, which explores the struggles of women of color — and delves into how their hardships can be overlooked as society appears to become more progressive and integrated.

“Fragile,” which was released as a single in May, deals with “generational trauma as it pertains to women of color,” Kane told Ones to Watch. She accompanies this song with a powerful self-directed music video. “I wrote this song about the beauty and strength in vulnerability / About addressing the traumas our ancestors passed down to us so we can begin to heal,” Kane wrote in the video’s YouTube description. The idea of healing is a strong central them throughout this record, an example being the somber violin-adorned track “Hummingbird,” during which Kane sings “Heaven is a dream you’ll one day see.”

The EP isn’t all weep-worthy ballads, however (though that does seem to be Kane’s specialty). Tracks like the gospel-inspired “Feel the Need” and the closing track “With You” are as uplifting as they are soothing, imparting messages of hope and solidarity through the combination of Kane’s commanding voice and airy, almost island-like guitar riffs.

This EP is Kane’s first body of work to be released since she debuted with her two-part project titled Aviary back in late 2015 and early 2016. The project was a slightly more youthful taste of Kane’s inherently wise and jaded-sounding R&B music, which is so uncommonly heard within the genre these days. Kane’s music has a way of bringing you up into the clouds, giving you a clear view of life and the human condition, and making you see what you couldn’t from the ground. With a tree planted by water, she opens herself up in a way that elicits a sense of kinship between her and the listener. She offers a disposition that is one of a kind in its hominess, so it’s no coincidence that every track feels like a warm hug from your mother.