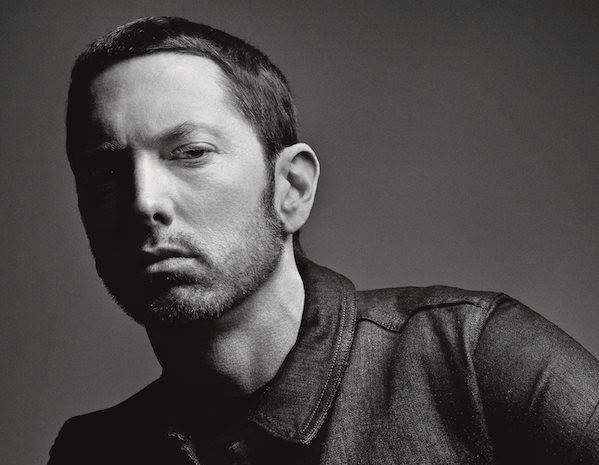 TMZ reports that Mathers suffered a heart attack while at home near Fort Wayne, Indiana. He was 67 years old.

Eminem's familial struggles have famously played out throughout the 46-year-old's lyrics, most notably those involving his mother, Debbie Mathers, who once sued her son over slander and later penned a 2008 tell-all, My Son Marshall, My Son Eminem: Setting the Record Straight on My Life as Eminem's Mother.

“And by the way when you see my dad? (Yeah?)/ Tell him that I slit his throat, in this dream I had,” Em says on 1999's “My Name Is.” Bruce was mentioned again on The Eminem Show's emotional centerpiece, “Cleanin' Out My Closet”: “My faggot father must've had his panties up in a bunch/ ‘Cause he split, I wonder if he even kissed me goodbye./ No, I don't, on second thought, I just fuckin' wished he would die/ I look at Hailie, and I couldn't picture leavin' her side.”


In 2001, Mathers Jr. published a letter to his son in an issue of The Mirror, during which he pled to meet his famous son.

“I desperately want to meet my son and tell him that I love him,” he said during an interview with the paper. “I'm not interested in his money. I just want to talk to him. I want him to know that I'm here for him if he lets me back into his life.”

During a 2010 interview with Anderson Cooper for 60 Minutes, Em confirmed that he never met his father. When asked if he wanted to pursue a relationship, he hesitated: “People ask me that and I don't think I do.”

“If my kids moved to the edge of the earth I would find them, no doubt in my mind. No money, no nothing, if I had nothing I would find my kids.”