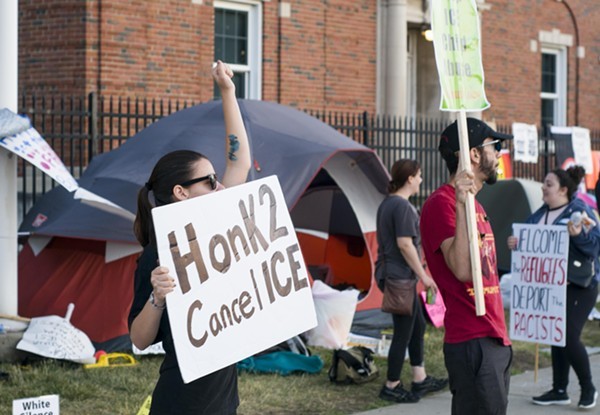 After three years of Trump, there’s only one thing we can do: protest.

Folk mainstays Audra Kubat and Dave Toennies will host Postcards & Protest Songs — an evening of action that celebrates the power of protest. Emily Rose, Darren Shelton, Jack Oats, Mike Galbraith, Alison Lewis, and Mike Ward are among some of the metro Detroit singer-songwriters who will cover their favorite protest songs. The heart of the event, however, is the freedom to question and inform our elected officials, which is why the event will provide postcards, pens, names, stamps, and the names and addresses of various politicians. All are invited to bring their own supplies and food, as the event is also a potluck because everything tastes better when we work together.