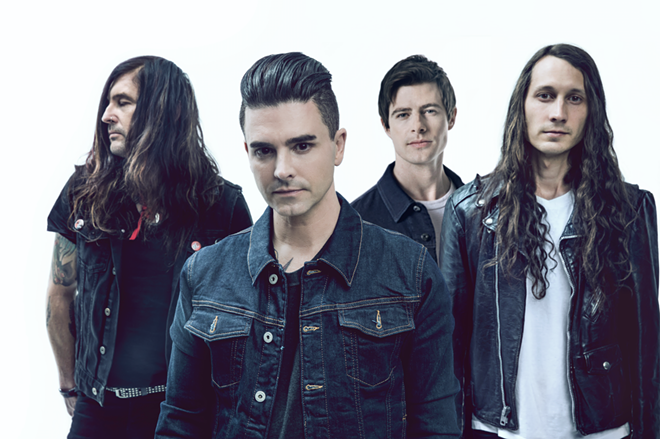 If you cheated on someone and/or were cheated on between 2001 and 2003, then Dashboard Confessional likely penned your breakup anthem. (Fuck you, Brad!) What better way to relive the catharsis than to commiserate and bask in the polite poetry of a man scorned?

Details of Dashboard Confessional's 20th-anniversary plans were announced Monday and include a compilation album titled The Best Ones of the Best Ones, due out in January of next year. Its release will be immediately followed by a 33-date U.S. run.

The tour will find the reigning lords of early-aughts emo performing 2001's The Places You Have Come to Fear the Most and its 2003 studio follow-up, A Mark, a Mission, a Brand, a Scar in their entirety. Some cities throughout the tour will experience a traditional career-spanning set, while select cities will be treated to back-to-back two-night engagements, including Detroit, which will see D.C. on March 3-4 at Saint Andrew's Hall.

Tickets go on sale Friday, Sept. 20 at 10 a.m. local time, and can be purchased via Ticketmaster.com. A full itinerary for #DC20 can be found here.