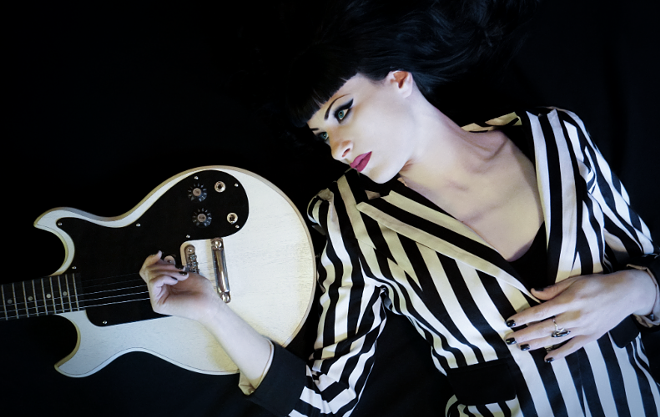 It should come as no surprise that retro-goddess Olivia Jean got wrapped up in Jack White’s web. (Hell, they even look alike.)

The Detroit-bred, Nashville-based singer first hit the scene when White curated a gothy all-girl rock band in 2009 under the name the Black Belles, which Jean was elected to as guitarist. Though the aesthetic-specific outfit dissolved in 2012, Jean pursued a solo career and now she’s touring in support of her recently released sophomore album, Night Owl. Released by Third Man Records, Night Owl finds Jean tapping into her brand of bubblegum garage rock with heavy doses of the Shangri-Las, Blondie, and the Donnas. Detroit’s Demolition Doll Rods are also on the bill.