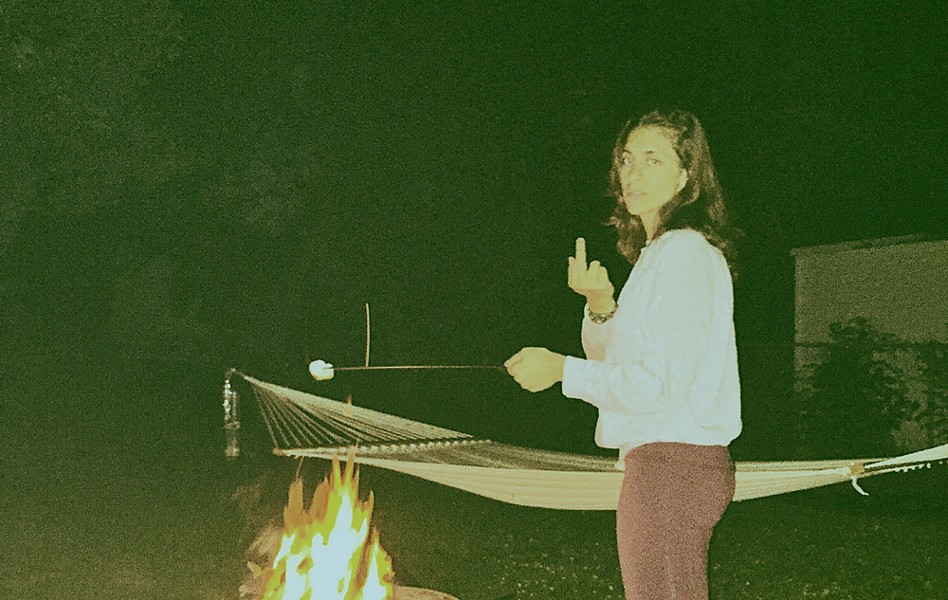 If this is the first you’re hearing of Bad Magnets, it’s because they don’t have a social media presence. That’s on purpose. “Yeah, that’s all bullshit,” is not only a candid indicator of their stance on that, but it’s also the melodically coiled one-line wording to the chorus of the first song on their new EP.

You can hear that song later this weekend when the full batch of four new tunes are available, but until then, we’ve got their debut single, “Rampage,” with a seriously hooky rhythm arrangement under the punchy sway of pianos and synthesizers. This chorus also has adult language that would keep it from the radio, but you can’t help but swoon to the melodic and lightly melancholic timbre of that distinctly voiced lead vocal.

Bad Magnets is George Morris (of the Gypsy Chorus) and Jesse Shepherd-Bates (of Handgrenades). Both of these singer-songwriters have been busy over the last decade with a handful of various bands and projects, but way back in, (14 years ago, in fact), they were young upstarts in a scraggly garage-pop outfit known as the Satin Peaches. The EP they’re putting out this weekend is being promoted almost exclusively through the delivery of printed newspaper extras. Let’s just say they wanted to try something different this time, after years of experience with album-cycles as independent/DIY artists. The EP is distinguished by the ethereal synthetic organs, pianos, spacey synth patches and a blend of bass, some curtaining guitar phrases and both sequenced-and-live drum patterns.


Metro Times: How and when did Bad Magnets start?

Jesse Shepherd-Bates: George and I went on a beer run at a bonfire and I played him "Sensy” (track 3). I told him that I couldn't write pop-rock music anymore and I was just writing themes with keys, strings, etc. He said he was writing themes too. He started sending me stuff. Then in January I sent him one of his songs back, with a bunch of synth/percussion/strings added. Then that happened a bunch more times, and eventually we realized we had to start putting songs out.

George Morris: I remember drinking and both deciding we should start a band. Then in an attempt to do the least amount of work possible, we decided to just send tracks back and forth to each other. It's working so far….

MT: How long has it been since you two worked on music together, and what are the obvious and less-obvious ways Bad Magnets is distinct from previous collaborations?

Shepherd-Bates: Other than an Elliott Smith cover we did, we haven't recorded any music together since 2011! We've played in each other's bands here and there, and the Satin Peaches got back together for a couple shows. But that's it.

Morris: I think the last time that we we're really working on stuff was the last Satin Peaches EP that never ended up coming out.

Shepherd-Bates: Also George mastered a solo album of mine, and I directed a couple music videos for him, but… Yeah, we've been making music together since we were 16 years old, so there's a natural rhythm between us. I guess the big difference between this and other collaborations is the gestation period of the songs. With the Satin Peaches, one of us would bring a song to practice, we'd jam it really loudly, and it wouldn't really change afterward. All these songs had 6-12 months to breathe. And there are about 15 other songs that are still breathing. So yeah. You should ask us about our TV show and movie ideas some time.

MT: What inspired the throwback newspaper-delivery style — by bicycle, no less — for your promotion?

Morris: Hatred of social media and a need for more cardiovascular activity.

MT: What inspired the name?

Shepherd-Bates: My fiancé has an issue in which technology breaks when she touches it. She says, "I have bad magnets in me." I asked George if he wanted to call the project "Bad Magnets In Me" or "Bad Magnets." He said "Bad Magnets."

MT: Will we see the band live, on a stage?

Shepherd-Bates: Agreed about “live.” And I'm not sure if "a stage" is the right term for what we're planning...

MT: What kinds of themes and topics did you feel you were most interested in when writing the lyrics... or even arranging the overall vibe of each song? What do you hope folks will take away from listening to these first few songs?

Morris: "Yes… we're alone in the universe. Yes, life is meaningless, death is inevitable. But is that necessarily so depressing?"

Shepherd-Bates: I don't think I can say it better than Brendan Fraser. But I hope people like the EP enough to listen to the next one... which isn't too far off…

More information is available at badmagnets.com. Musicians, songwriters, producers, are encouraged to download the stem files for each instrumental element and create their own remixes.