Last year, an inspection crowdfunded by a preservation group revealed that Detroit's historic 1960s rock 'n' roll venue, the Grande Ballroom, was structurally sound — and revived hope that the storied venue could one day return to "kick out the jams."

However, the Friends of the Grande is now once again soliciting donations, this time to do an emergency repair on the roof. The group is trying to raise $20,000 after one of three flagpole-bearing roof peaks collapsed earlier this year. 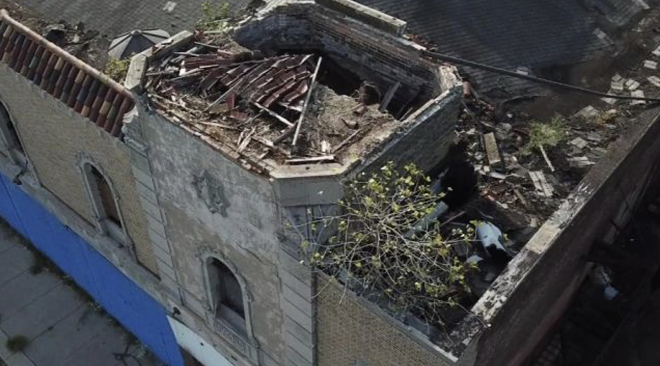 From the crowdfunding page:

Although our 2018 structural engineering inspection reported a robust interior structure, certain roofing elements continue to be the Ballroom’s “Achilles' heel”. Rain and Mother Nature continue their attempt to drag the Grande back into the Earth. This year the building suffered the collapse of one of three flag pole bearing roof peaks. These peaks are the only structures on the roof with a wooden infrastructure and the loss/theft of their Spanish tiles is causing them to rot and fail.

The peak collapse has opened the main staircase to the sky and the elements. Though the Grande has a superior reinforced concrete core, the freeze-thaw cycle and glacier-thick ice on the stairs could cause their failure this winter [...] Should the staircase collapse, it could bring down the entire northeast corner of the building. Rainwater has begun to impede and eliminate direct access to the ballroom floor of the building permanently. Your donations are needed for tarping and a roof peak replacement immediately.


Friends of the Grande's Leo Early calls the repair a "Strategic Stabilization" measure.

"While not a complete solution and dependent on final estimates, we can stabilize up to 25% of the roof," he writes. "This would be a milestone start, potentially kicking off a series of fundraisers and other funding opportunities. A successful construction project will resolve the immediate problem while raising the profile of the building’s importance and legitimacy significantly." 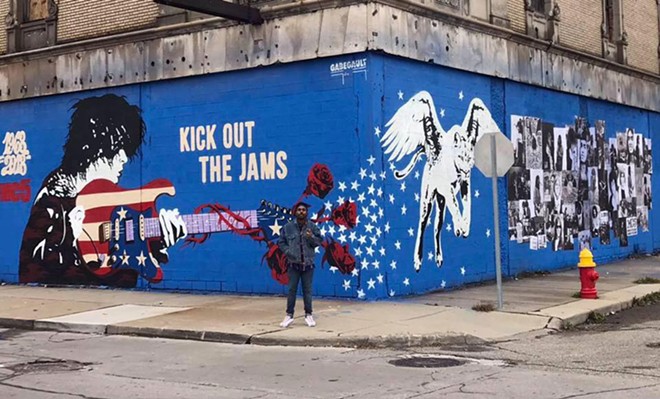 Though the building is sporting a mural from artist Gabe Gault celebrating the 50th anniversary of MC5's influential 1969 debut, Kick Out the Jams, it's unlikely the venue will return to its storied days of sex, drugs, and rock 'n' roll. The Friends of the Grande are working with Chapel Hill Missionary Baptist Church, the building's new owner, on the repairs of the building, which was added to the National Register of Historic Places last year.

Related Wayne Kramer on 50 years of the MC5

Wayne Kramer on 50 years of the MC5
By Brett Callwood
Local Music
Early previously told Metro Times that it's likely the bottom floors of the building will return to their original intent as retail space. The upper level, where the ballroom was, would be used as an events space by the church.

He said the church had not ruled out the possibility of renting the space out for concerts.