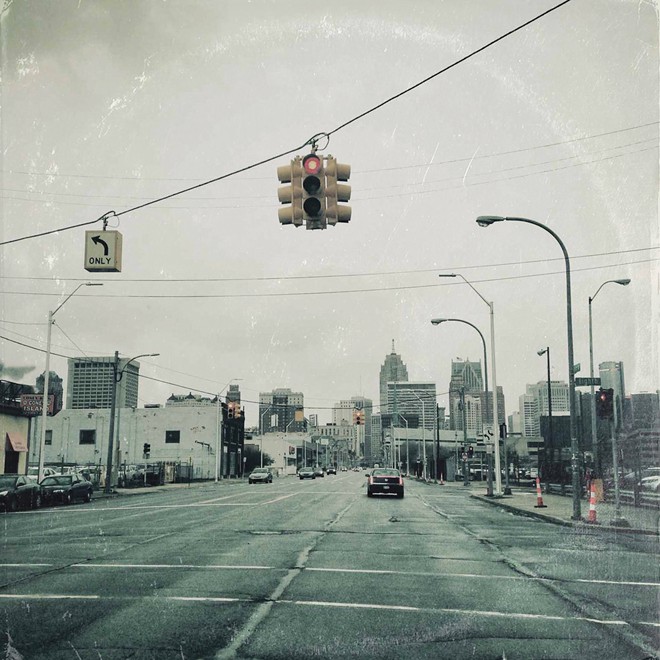 Before you even dive into the music on Sincerely Detroit, you have to admire what a colossal achievement it was for Apollo Brown to get 59 different Detroit artists on 21 tracks. The Detroit music landscape is filled with the most diverse collection of hip-hop artists in the country. Some like Royce da 5’9, Slum Village, and Guilty Simpson are more known than others, but each individual has carved out their own unique musical chapter in this city.

Enter Detroit-native and producer Apollo Brown, who has produced over 30 projects and over 700 individual tracks. He set out to make this album a gift to the world from Detroit using all the musical tools in his war room. As you can expect, the production on Sincerely Detroit is consistent with Brown’s boom-bap sound that he’s known for — hardcore and head-nodding drums and bass lines, accompanied by subtle and melodic strings and horns. Brown doesn’t do over-the-top beats, but takes a more straightforward approach that allows the emcee and DJ to shine equally.

After an introductory track with a sample welcoming the listener to Detroit, the album begins with "God Help Me," in which Black Milk and Ketchphraze rhyme about dealing with loss and coping with the struggles of always feeling like your back is against the wall. Crown Nation is clairvoyant on the introspective "Commas & Apostrophes." On the insightful "Longevity," Trick Trick starts it off: “Deep as the Hebrew carvings on the side walls of the slave ships/ What was the gift that we gave then, if the gift was to cave in?” Trick-Trick raps with a level of discernment that he rarely shows when behind the mic.

One of the biggest upsides to the album is how the artists are grouped together. Finale, Illa J, and Leaf Erikson are a perfect combination for "Lettin’ Go," Boldy James and Bronze Nazareth are strong on "Over Do It," Nolan the Ninja and Dopehead are perfect for "Skimmin'," and on the clever "In the Water" Boog Brown and Chavis Chandler sound like they need to consider doing a whole damn album together.

There are also no weak links, filler tracks, or participants who feel like they didn’t belong. Brown incorporated the timeless cutting and scratching skills of Dez Andres and DJ Los, and songbirds Alexis Allon and Melanie Rutherford make important contributions as well.

Brown asked every artist to bring their A game. He wanted every artist to challenge themselves to help him make a project that would help define Detroit hip-hop for hundreds of years to come. They all did just that.