Doom metal pioneers Pentagram will stop at the Sanctuary in Hamtramck 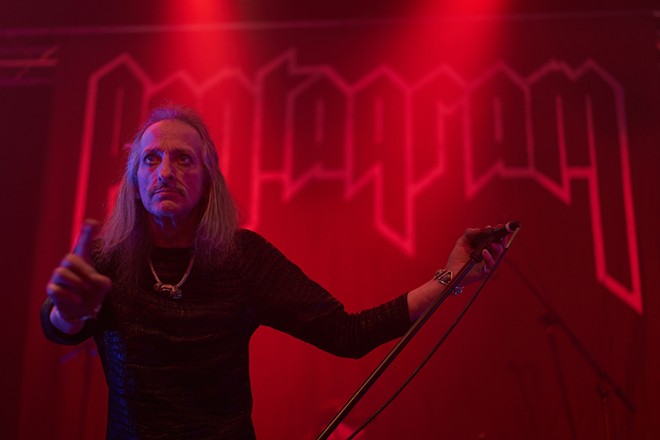 Unfortunately, it seems like it’s always one step forward and two steps back with heavy metal icons Pentagram.

Founded some 50 years ago in northern Virginia, the band earned a cult following thanks to its pioneering of a druggy, sludgy sound that would eventually be known as doom metal. The band eventually fizzled out due to frontman Bobby Liebling’s struggles with drugs, but made a triumphant return following the 2011 doc Last Days Here, which saw Liebling take control of his life and introduced the band to a whole new generation. But in 2017, the band kicked Liebling out; later that year he relapsed and pleaded guilty to assaulting his mother, and served 18 months in prison.

Liebling is now back in the band, and claims he is “remorseful and rehabilitated.” Let’s hope so. The Lucid Furs, Midas, and Temple of the Fuzz Witch are also on the bill.