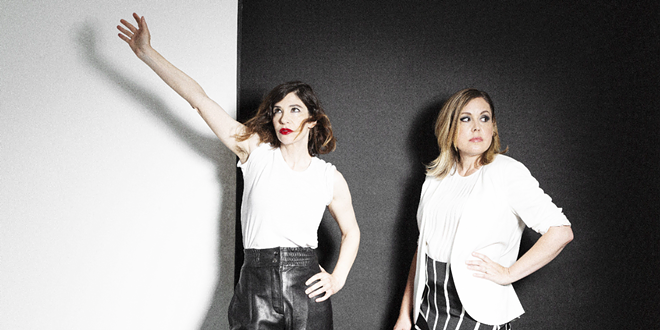 When longtime Sleater-Kinney drummer Janet Weiss announced she was splitting from the band, weeks before the release of its St. Vincent-produced ninth studio album, The Center Won’t Hold, citing its “new direction,” it seemed to spell trouble for the rock ’n’ roll icons. Weiss’s drumming had become every bit a part of the Pacific Northwest trio’s sound, balancing the caterwauling of the band’s dual guitarists and frontwomen, Carrie Brownstein and Corin Tucker, with a thunderous undercurrent.

The Center Won't Hold did, in fact, turn out to be a new direction for S-K, with art-rock mastermind St. Vincent pushing the band in a darker, yet poppier direction. Forget about Brownstein’s slapstick stint as an actress and writer on Portlandia; the band embraces bleaker, synthpop-driven sound here, which at times calls to mind acts like Depeche Mode, Tears for Fears, and even Nine Inch Nails. Fortunately, it still rocks.