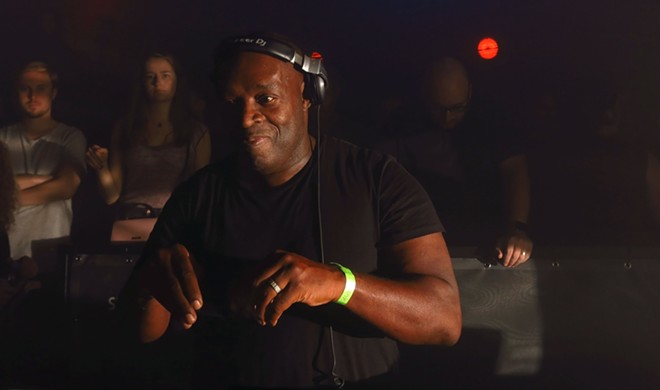 Midtown restaurant Savant will now serve up Detroit techno along with a new late-night menu.

Tom Pattyn, who also books talent at Pontiac's electronic dance music nightclub Elektricity, tells Metro Times the series kicks off from 11 p.m.-2 a.m. on Wednesday, Nov. 27, with techno legend Kevin Saunderson. The series will continue on Fridays and Saturdays with a focus on "techno and jazzy" Detroit DJs, Pattyn says.

Other artists announced include Andrea Ghita on Friday, Nov. 29, Asher Perkins on Saturday, Nov. 30, and Soul Goodman on Friday, Dec. 13.

Pattyn says the space, which opened in September, has been outfitted with an enclosed DJ booth designed by the Audio Rescue Team for the Movement electronic music festival.

In addition to the tunes, Savant will roll out a new late-night menu during the same hours, with all items priced at $9.95. Those include a "Burger & Beer," "Obligatory Chicken Sandwich," calamari, loaded jalapeño poppers, French fries, and chicken wings.

Related Savant, the restaurant with 'bumps' of caviar, opens in Detroit

Savant, the restaurant with 'bumps' of caviar, opens in Detroit
By Jerilyn Jordan
Bites
Savant is located at 51 W. Forest Ave., Detroit; 313-285-9294; savantmidtown.com. There is no cover, and admission is restricted to ages 21 and older only.