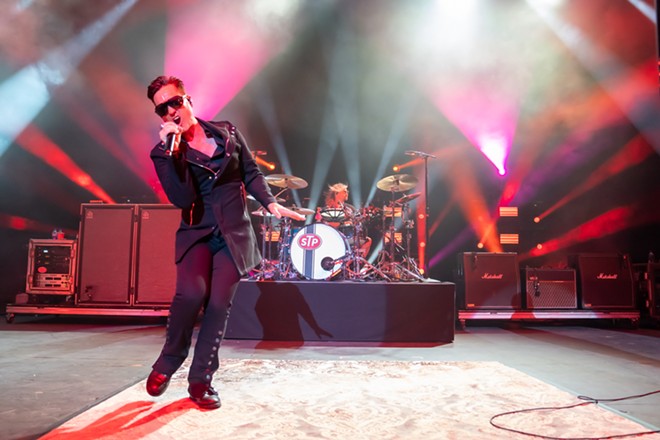 Alt-rockers Stone Temple Pilots are mixing it up.

The band, which is now fronted by metro Detroit native Jeff Gutt, recently announced Perdida — it's eighth studio album and first to be all-acoustic. The record is due Feb. 7.

To celebrate the record, the band announced a 15-date acoustic tour, which will feature songs from Perdida plus unplugged versions of its back catalog. The Detroit date is Friday, Feb. 21, at the Fillmore Detroit.

Tickets go on sale to the general public at 10 a.m. on Friday, Dec. 6, here, while fans that pre-order the album from stonetemplepilots.com by Thursday, Dec. 5, can purchase tickets and VIP packages that include a Meet & Greet with the band.

Gutt was enlisted as the band's third vocalist in 2017 following the death of former frontman Scott Weiland in 2015 and his replacement, Linkin Park's Chester Bennington, who died in 2017. You can revisit our cover story on the band's third act here.