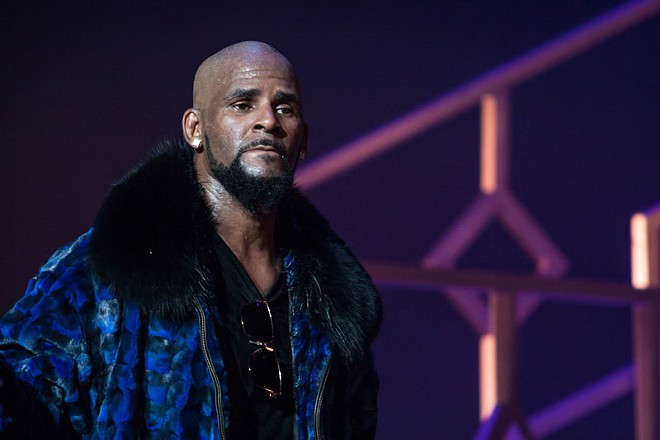 Surviving R. Kelly — the explosive documentary series produced by Detroiter dream hampton that aired on Lifetime last year — is getting a sequel.

It's no exaggeration to say that the original doc drastically altered the course of the case of Kelly, whose alleged abuse of girls and young women was long treated as an open secret in the music industry. The documentary prompted investigations by Atlanta, Chicago, and federal law enforcement officials, which finally led to Kelly's arrest in February.

Many of the charges against Kelly have been widely known since the early 2000s, much to the frustration of Chicago music journalist Jim DeRogatis, who first broke the story of a sex tape that brought child-pornography charges against the singer. (The singer was acquitted in 2008.) DeRogatis was not interviewed on camera for Part 1 of the doc, but is set to appear in Part II. Others who are set to be featured in the new doc are industry execs Damon Dash and Mathew Knowles, #MeToo Founder Tarana Burke, actress Sheryl Lee Ralph, The Breakfast Club's Angela Yee, and Cook County State’s Attorney for Kimberly M. Foxx, among others, reports Variety.

Surviving R. Kelly Part II: The Reckoning airs at 9 p.m. on Thursday, Jan. 2, and continues in installments over the next two nights.

According to Variety, hampton returns as an executive producer; she is joined by Joel Karsberg and Jesse Daniels of Kreativ Inc., Tamra Simmons, Maria Pepin, and Brie Miranda Bryant.

The trailer is below.