The Roots are bringing a belated holiday jam to Detroit's Fillmore 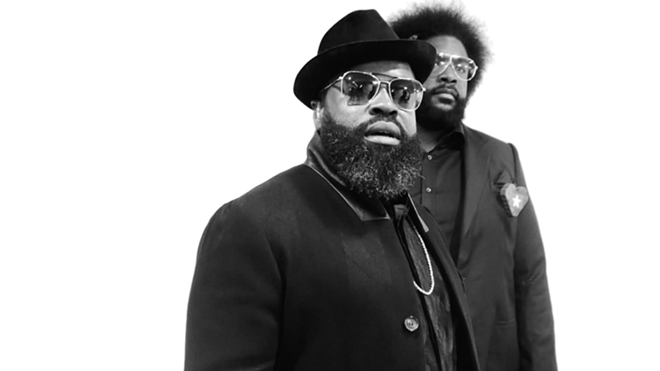 The holidays are infectious, and not even Grammy Award-winning, Philadelphia alt-hip-hop pioneers the Roots are immune to the festive spirit.

Though your stepmom may recognize the Roots as Jimmy Fallon’s long-standing house band on The Tonight Show, they’re also one of the most versatile, hardworking, serious ensembles around. Just look at the band’s 2014 self-described conceptual record, …And Then You Shoot Your Cousin, a somber and celebratory collection of musings on life, death, and consequence. As if a full-time TV gig and steady tour schedule aren’t enough to tire the late-night sidekicks, Questlove — the band’s centerpiece, drummer, and co-leader (a role he shares with rapper Tariq “Black Thought” Trotter) — is also a celebrated author and foodie. In 2013, Questlove released his memoir, Mo’Meta Blues: The World According to Questlove and Soul Train: The Music, Dance, and Style of a Generation, followed by 2016's Something to Food About: Exploring Creativity With Innovative Chefs, and last year’s Creative Quest.