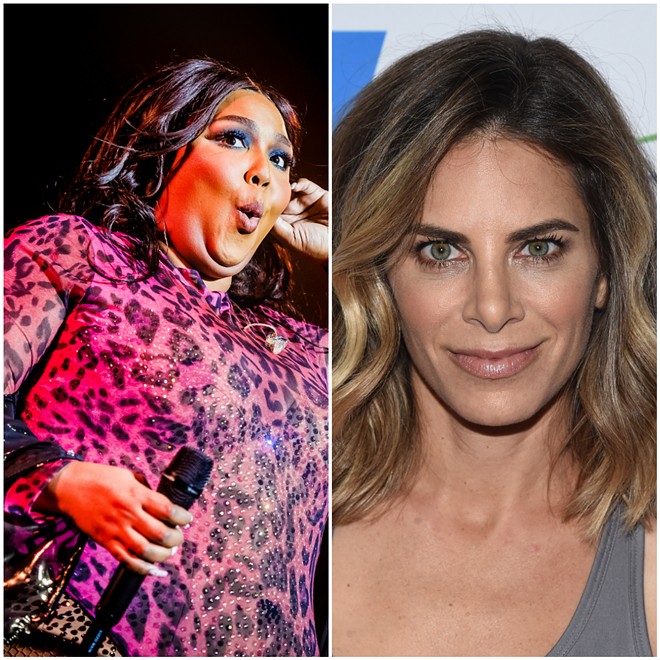 Supposed fitness expert, author, and the notoriously sadistic former host and trainer on the controversial NBC weight-loss competition The Biggest Loser, Jillian Michaels is, once again, being criticized for making fatphobic comments — this time, targeted at body positivity superstar, Lizzo.

Lizzo, who swore off Twitter earlier this week before the Michaels rant, took to an Instagram live video to explain why not all social media platforms are “created equal,” after growing tired of the harassment and general negativity.

She added, “It ain't even about me no more. I can handle a few internet bullies. Y'all ain't shit.”

The eight-time Grammy-nominee could not have picked a better time to distance herself from the social media platform because in an interview posted by BuzzFeed News' morning show AM2DM Wednesday afternoon (while Lizzo was volunteering at an Australian food bank amid the brush fire crisis) Michaels interrupts the interviewer when praising model Ashley Graham and entertainer Lizzo for preaching body positivity to spout some fatphobic commentary aimed at the “Truth Hurts” singer and suggested we focus on her music.

She added, “I’m just being honest. I love her music, my kid loves her music. But there’s never a moment where I’m like, ‘I’m so glad that she’s overweight.’ Like why do I even care? Why is it my job to care about her weight?”


While these comments may seem shocking, they are par for the course when it comes to Michaels' fitness beliefs and the humiliating and abusive tactics used to push Biggest Loser contestants to dangerous extremes to reach their goal weights.

“It’s fun watching other people suffer like that,” Michaels said during promo footage during season 7.

“I don’t care if people die on this floor. You better die looking good,” she told one contestant struggling with floor exercises.

Michaels took to Twitter Wednesday evening to respond to the backlash by defending her comments.

“As I've stated repeatedly, we are all beautiful, worthy, and equally deserving. I also feel strongly that we love ourselves enough to acknowledge there are serious health consequences that come with obesity - heart disease, diabetes, cancer to name a few. I would never wish these for ANYONE and I would hope we prioritize our health because we LOVE ourselves and our bodies.”

Do you KNOW Lizzo doesn't have diabetes? She might. And she is infinitely more inspiring than you. What she does and how she represents herself has singlehandedly done more for my mental and therefore physical health than ANYone. I'd rather live in her world than yours

You could give @lizzo a better apology.


The last season of The Biggest Loser aired on NBC in 2016 but has been picked up by the USA Network. The reboot is expected to air later this year.