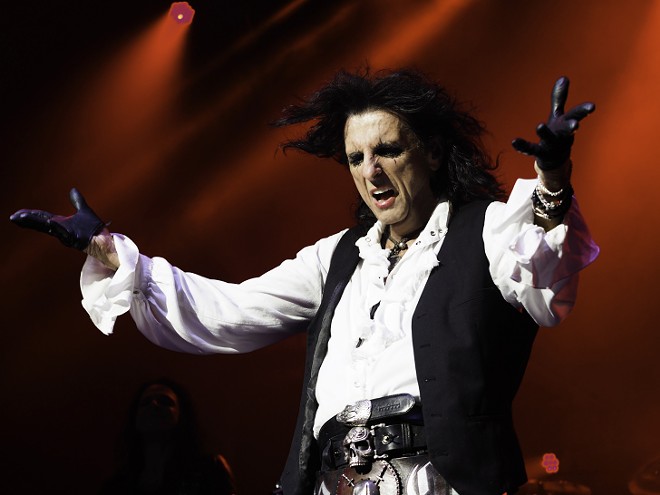 It was announced Tuesday that the 71-year-old “Mr. Nice Guy” has extended his 2019 tour. The new dates include a performance at DTE Energy Music Theatre on Saturday, June 27, with fellow '80s rockers Tesla and former Runaways guitarist Lita Ford.

It was also announced this week that Cooper would be a guest at this year's Motor City Comic Con (May 15-17) along with actor Kiefer Sutherland and voice actor Jodi Benson, known for voicing Ariel from Disney's The Little Mermaid. Cooper will be available for autographs ($60) and photos ($80) during all three days of the convention.