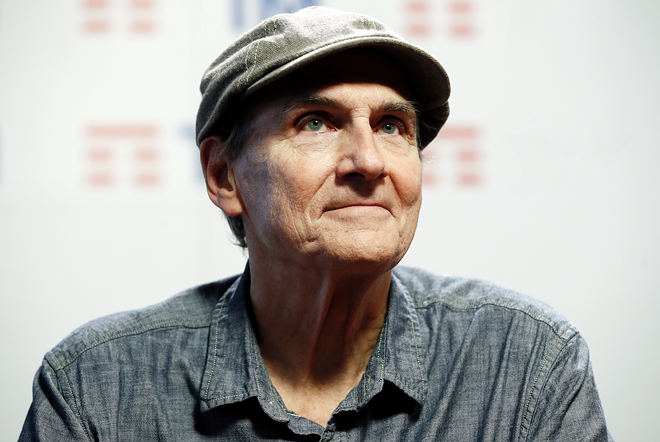 You've got a friend in singer-songwriter James Taylor, who revealed details of his new record and U.S. tour plans Thursday morning.

The 71-year-old Songwriter Hall of Famer announced a 28-date North American tour with songwriter Jackson Browne to coincide with his upcoming record, American Standard. The record, his 19th studio album due out Feb. 28, will find Taylor dipping into songs from his family's record collection, including “Moon River,” “The Surrey With the Fringe on Top” from Oklahoma!, and Bing Crosby's “Pennies From Heaven.” The record will follow the release of Break Shot, Taylor's audio-only memoir, released exclusively to Audible on Jan. 31. Break Shot chronicles Taylor's upbringing in North Carolina and Massachusetts, as well as moving to L.A., where he became a staple of the Laurel Canyon singer-songwriter scene.

The tour will launch out of New Orleans in May and will deliver the “Fire and Rain” singer to DTE Energy Music Theatre on June 13. Tickets ($38.50+) go on sale Friday, Feb. 7, at 10 a.m., and can be purchased by visiting ticketmaster.com.