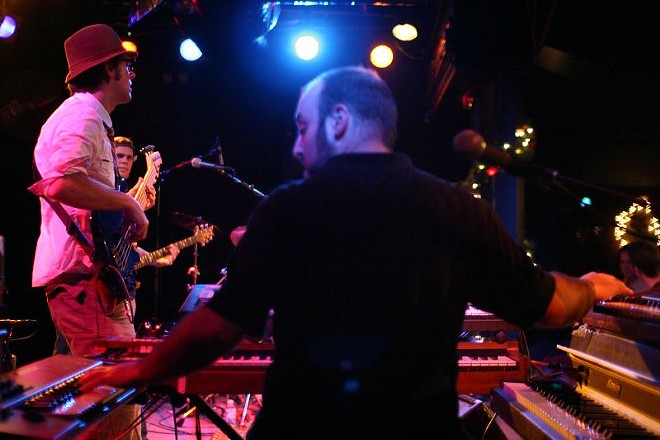 For their side project, Omega Moos (a play on the name of the sorority from Revenge of the Nerds) guitarist Brendan Bayliss and bassist Ryan Stasik of jam band Umphrey’s McGee bring the technical precision and penchant for improvisation of their main group and apply it to quite possibly one of the greatest music eras of all time: 1980s new wave, where punk rock guitars met synth-pop. As they did last year, the band, which also features keyboardist Jamie Shields of the New Deal and drummer Nick Blasky, will play an official afterparty at the Magic Stick following the Umphrey’s McGee show at the Fillmore. Last year, they played a tight set that included covers of Billy Idol’s “Rebel Yell,” Gary Numan’s “Cars,” the Human League’s “Don’t You Want Me,” Duran Duran’s “Girls on Film,” and the Romantics’ “Talking in Your Sleep,” among other hits from the 1970s and ’80s — reimagined for the jam band set.