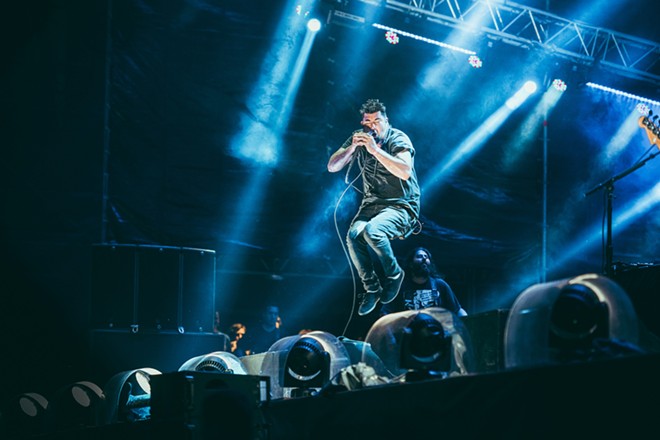 Twenty years ago, when the rigid rap-rock stylings of nu-metal reigned supreme, California-based alt-rock act Deftones shook things up with its third album, White Pony — a druggy mix of industrial, trip-hop, shoegaze, and new wave influences. At first, it seemed like it might be a flop. When the band turned in the record, label Maverick said they didn't hear a single — and sent them back to the studio to essentially record a Limp Bizkit parody. But despite initial sluggish sales the record has since gone on to become a critical favorite, cementing the band's reputation to some as the "Radiohead of nu-metal."

The band recently announced a tour to coincide with the record's 20th anniversary. Deftones are heading to Michigan Lottery Amphitheatre at 7 p.m. on Wednesday, Aug. 12. The band will be joined by French metal act Gojira and Poppy, a pop-metal hybrid act that shares Deftones' penchant for gleefully blending genres.

Tickets start at $29.50 on the lawn and go on sale Friday, Feb. 14, at 1 p.m. at 313presents.com, livenation.com, ticketmaster.com, and Little Caesars Arena XFINITY box office.