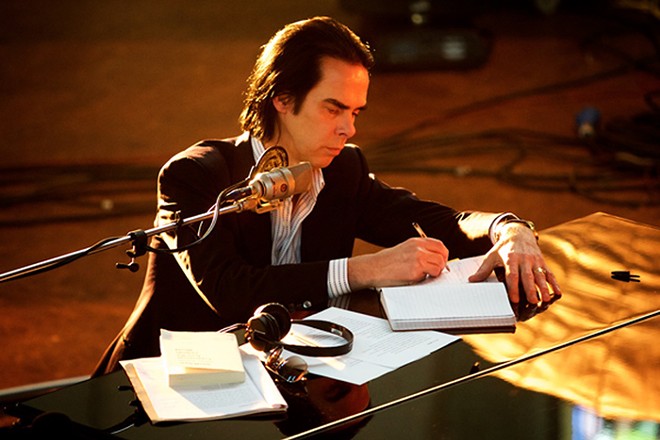 Time to get weepy, folks.

The 18-date outing, which starts in September, will carry Cave and Mering through October and includes a performance on Sep. 21 at the Masonic Theatre in Detroit. Both Cave and Mering are supporting 2019 releases, Ghosteen and Titanic Rising, respectively.

Last fall, Cave took his Q&A-style show on the road for a short string of dates, during which the 62-year-old opened the floor to his audience to ask him just about anything. The appearances also featured a 15-song set between interactive segments.

Cave will also celebrate the release of his illustrated autobiography, Stranger Than Kindness next month, which coincides with The Nick Cave Exhibition in Copenhagen. The Christina Black-developed exhibition is created and produced by the Royal Danish Library, presents 50 years of Cave's life through large scale installations paired with soundscapes spanning eight rooms, all of which represent real and imaginary facets of Cave's creative universe. Cave's book is due out on March 23 and can be pre-ordered at nickcave.com.

For Weyes Blood, 2019 saw the release of her stunning third record — and Metro Times' favorite release of the year — Titanic Rising, which is basically what would happen if Mering's labelmate Father John Misty made a psychedelic yacht rock record with Joni Mitchell during the final throes of global warming's imminent wrath.