Kraftwerk will return to Detroit for 3D 50th anniversary tour 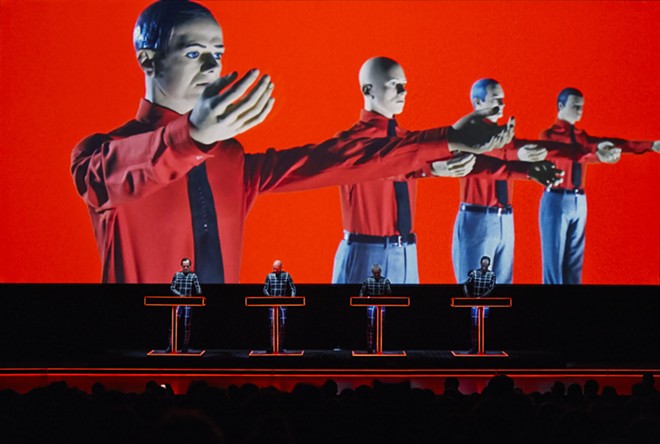 The date is part of Kraftwerk's "3D Concert" tour, which includes video projections and 3D glasses for the audience to wear. The band last brought its 3D tour to Detroit in 2015, and returned to headline Movement Music Festival in 2016.

The group has a special place in Detroit's heart; it is widely cited as a huge influence on Detroit techno, thanks to heavy rotation by trendsetting radio DJ the Electrifying Mojo.