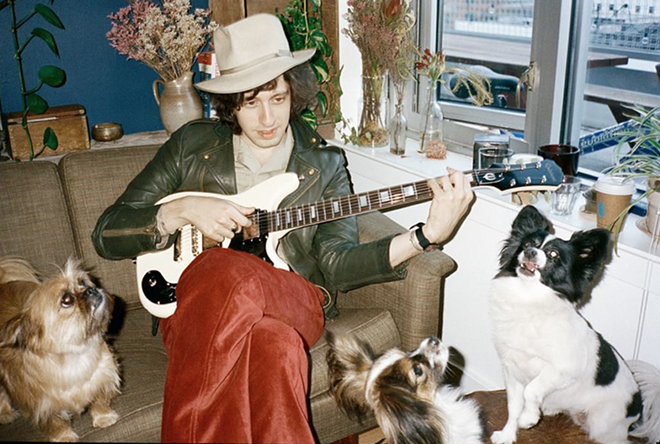 Update: This event has been canceled/postponed due to coronavirus concerns.

A moldy peach no more, New York antifolk polymath Adam Green has spent the better part of the last 20 years creating a paradise all his own. In the past two decades, he’s done the following: made The Wrong Ferarri, a feature film and “screwball tragedy” recorded entirely on his iPhone while hopped up on ketamine; contributed to the Grammy Award-winning Juno soundtrack with fellow Moldy Peaches founder Kimya Dawson; made a second film titled Adam Green’s Aladdin, starring Macaulay Culkin and Natasha Lyonne, which was hailed as “the trippiest movie ever made” by BuzzFeed, and which used more than 500 handmade paper mâché props and 40 cardboard sets; released 10 albums as a solo artist; and published a bilingual volume of his poetry, as well as a satirical human vs. robotic insects-focused graphic novel, War and Paradise. That leads us to 2019’s record — a companion to War and Paradise, Engine of Paradise features Florence Welch, Foxygen’s Jonathan Rado, and James Richardson of MGMT. The sparse, swoony folk record is equal parts sedated Lou Reed and Bill Callahan and, to our disappointment, does not directly mention humans warring with robotic insects.