Uh, Eminem faced off with a home intruder earlier this month, TMZ reports 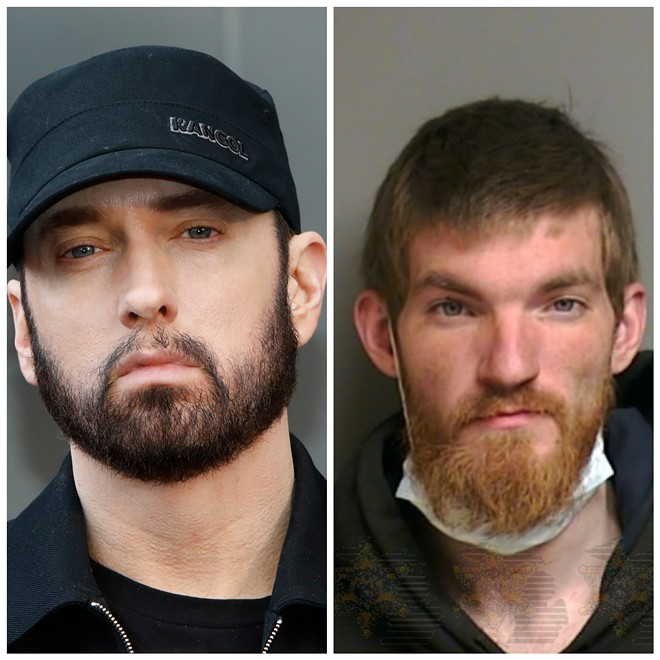 In an event that could absolutely inspire an existential follow-up to 2017's “Walk on Water,” Detroit “Rap God” Eminem found himself face to face with a home intruder earlier this month when a stan broke into his Clinton Township estate.

According to a TMZ report, Matthew David Hughes, 27, snuck past Eminem's security around 4 a.m. and entered the home by throwing a stone through the kitchen window.

Eminem, who reportedly woke up when the alarm went off, found Hughes standing in his living room before being taken down by security. Police were called to the scene and booked Hughes on April 6, and he remains in custody at Macomb County Jail with a $50,000 bond. He's being held on two felony charges, first-degree home invasion and malicious destruction of a building.

There is no evidence to support that Hughes was trying to steal anything from the home, TMZ says.

This month, the 47-year-old rapper has been active in helping metro Detroit frontline workers by sending 400 meals to local hospitals and is currently raffling off a pair of Jordan 4 Retro shoes, from his limited edition Carhartt x Eminem collection, on StockX to raise funds for the COVID-19 Solidarity Response Fund.

In a recent interview with Sway Calloway, Em said coronavirus isolation hasn't changed his life much, claiming he has felt “quarantined by fame” for years.