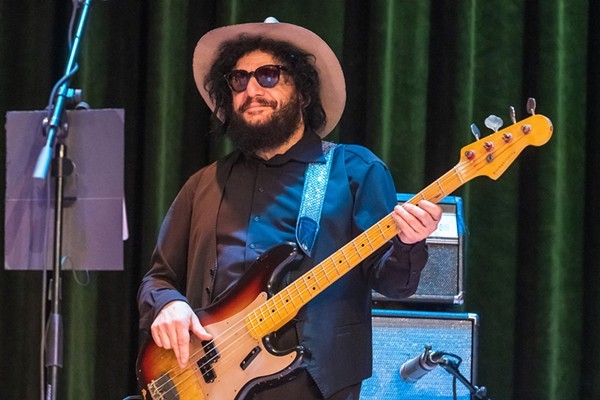 Detroit's 28th annual Concert of Colors has switched dates and format due to — wait for it — yes, the coronavirus.

But organizers are pointing to the positives. A broadcast-only festival, as is now the plan, will mean more people can enjoy it.

“Concert of Colors audience will grow by the millions this year,” festival Executive Director and founder Ismael Ahmed said in a statement. “This year, we will all be grooving together to music performed by some of the greatest artists in the world — but we will be doing it safely in our own homes The commitment and generosity by our partners and sponsors to make this broadcast happen is a gift to Detroit, southeast Michigan, and the world. The free diversity festival has been a tradition for nearly three decades in Detroit.”

For this year's festival, which has now been moved to October, festival organizers will film live music performances at the Detroit Film Theatre, which will be broadcast on Detroit Public TV-WTVS, WDET, and online.

A full lineup has not yet been announced, but it will include the return of Don Was All Star Revue, who will perform a tribute to disc jockey Ed Love.

More information is available at concertofcolors.com.

Meanwhile, Detroit's other festivals have also modified their formats. Detroit Jazz Fest says it is still on for Labor Day weekend, though it hasn't yet revealed what its new format will be. And the Movement electronic music festival has been moved from Memorial Day weekend to September.