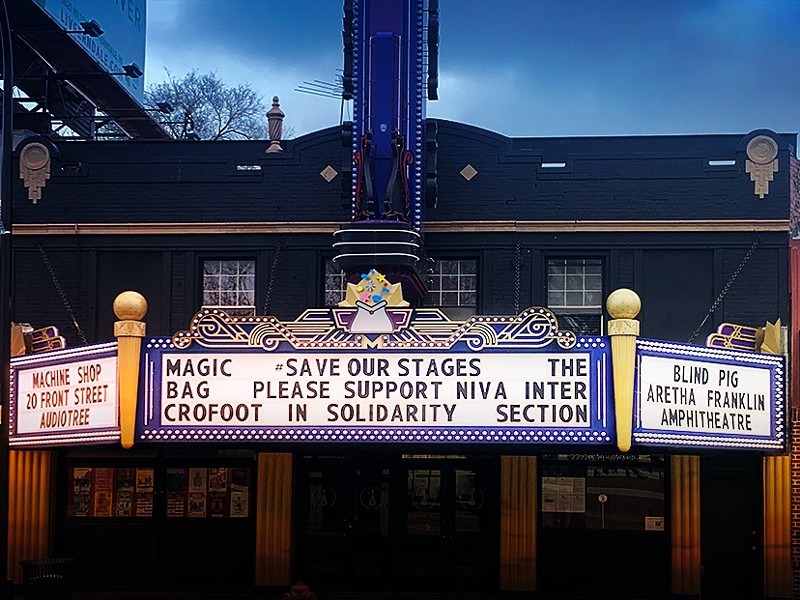 It's no secret that live music venues have been among the hardest-hit businesses during the coronavirus pandemic. Until a vaccine is developed, it's up in the air when we'll be able to watch the magic of live music in an indoor venue again.

A bipartisan "Save Our Stages" relief bill, introduced by Senators John Cornyn of Texas and Amy Klobuchar of Minnesota, is up for a vote. The legislation would provide six months of financial support to help "keep venues afloat, pay employees, and preserve a critical economic sector for communities across America," according to a press release.

Venues and promoters united under the banner of the National Independent Venue Association (NIVA) are asking live music supporters to write emails (you can send them via saveourstages.com) and post to social media. Posters are asked to use the hashtags #SaveOurStages and #SaveMichiganStages.

In Michigan, the email is sent to Sen. Gary Peters, Sen. Debbie Stabenow, and Rep. Andy Levin. Peters and Stabenow have both co-sponsored a similar RESTART Act, which would also provide financial aid to small- and mid-sized businesses harmed by the pandemic.