Detroit Pistons offer J. Cole a tryout after Master P dished advice on how to make it on the court 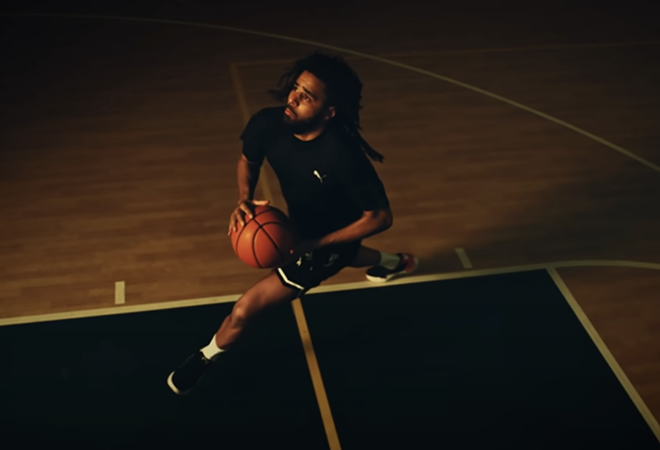 The Detroit Pistons could gain a notable hoop dreamer for their upcoming season.

The team took to Twitter on Monday to offer rapper J. Cole an opportunity to try out for the team's 2020 lineup after learning that the Dreamville Records head was seriously training for an NBA contract. They even rendered a Detroit jersey featuring his name as player number 15.

"@JColeNC we see you out there,” the Pistons tweeted. “You said they only got 12 slots on the Pistons. Hit us up for that tryout. This is for all the dreamers."

Apparently, scoring a contract is not a flight of fancy for the "Middle Child" rapper. According to an interview with TMZ Sports, J. Cole asked Master P for some advice on how to make the transition from music to basketball while working together on a PUMA campaign. Master P, who, despite having played for the Charlotte Hornets during the 1998 pre-season and the Toronto Raptors during the 1999 pre-season, was never drafted to either team, told J. Cole he would have to work harder than other players to be taken seriously. The rap mogul and veteran also took an opportunity to applaud J. Cole's fitness, saying that he's the “right size” for the NBA and is hitting the gym as he should.

J. Cole is no stranger to the court, either. He's played since he was a child and, later, slayed during the 2012 NBA Celebrity All-Star game and NBA pick-up games, and the entire PUMA “The DREAMER” campaign is centered on J. Cole's relationship with basketball, and his desire to take his skills to the next level.

Most recently, though, J. Cole exchanged heated diss tracks with Chicago activist and artist Noname, and is gearing up to release The Fall Off, his sixth studio record. Last week he dropped cover art and two tracks from the record, posting to his Instagram, “No date for the album yet, taking my time, still finishing.”

In 2018, J. Cole tapped Detroit artist Sixmau to illustrate the cover of his record KOD.

Watch J. Cole in PUMA's campaign below. Stay on top of Detroit news and views. Sign up for our weekly issue newsletter delivered each Wednesday.