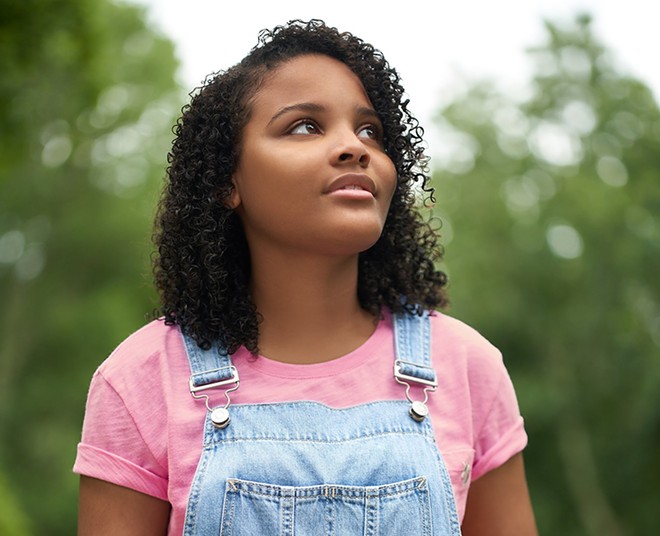 Before she became the face of the Flint water crisis as an activist, Mari Copeny was a beauty pageant contestant, where she first earned the nickname "Little Miss Flint."

Now, she's returning to her roots as a model with a gig as part of GapKids' new "BE THE FUTURE" campaign. GapKids unveiled the new campaign on Wednesday, which features all youth activists.

The GapKids campaign includes a collection of "sustainable fall essentials" as well as reusable face masks with messages like "BE THE FUTURE" and "VOTE" emblazoned on them.

Copeny, 13, is one of four youth leaders featured in the campaign, alongside Earth Uprising founder Alexandria Villaseñor (15), One Million Of Us founder Jerome Foster II (18), and Levi Draheim (13), the youngest plaintiff on the constitutional climate lawsuit Juliana v. United States.

Youth activist Mari Copeny (Flint, MI) – better known as Little Miss Flint – is founder of the Flint Lives Matter movement and self-proclaimed “Future President.” Copeny rose to national fame for her advocacy work as a voice for her community amid the devastating and ongoing water crisis in Flint, Michigan, despite at that time being only 11 years old.

Today, many residents of Flint still don’t have access to clean water, and Mari continues to be an outspoken activist, drawing attention to the plight of her community. And in 2044, Copeny already plans to run for the Oval Office herself. She’ll be 36 years old.

Copeny and the other activists will participate in a rally on Gap's social media accounts on Friday. The company has also partnered with nonprofits When We All Vote and Rock the Vote to register young voters. The campaign has also tapped street artist Tristan Eaton, who has Detroit roots, to design portraits of activists.

It's not the first high-profile fashion campaign to include Copeny. In 2017, at age 10, she starred in a campaign for Helmut Lang.

You can read our feature on her here.