Detroit's Big Sean went big on his latest record, this month's Detroit 2, and now he's popping a big frosty cold one with his fans.

Not only did he jam pack the long-awaited (and Pitchfork-skewered) 21-track sequel with appearances by Travis Scott, Lil Wayne, Post Malone, Justin Bieber, Dave Chapelle, Stevie Wonder, and the late Nipsey Hussle, but he also crammed 10 Detroit artists — including Slim Shady himself — onto “Friday Night Cypher.” The release also accompanied a floral display in front of the Spirit of Detroit Plaza, and a massive merch dump with T-shirts, sweatpants, and, as of Monday, a collaboration with St. Louis beer giant, Budweiser.

The result of the collaboration is a limited-edition tallboy can, featuring the hometown rapper with his personal creed inscribed on the can: “You’re the chosen one, show the world they made the right choice.”

“It's a way of connecting with the music more, since we can't necessarily do live shows,” the rapper told The Detroit News. “Fans want to support their favorite artists, and this is a direct way to support them.” 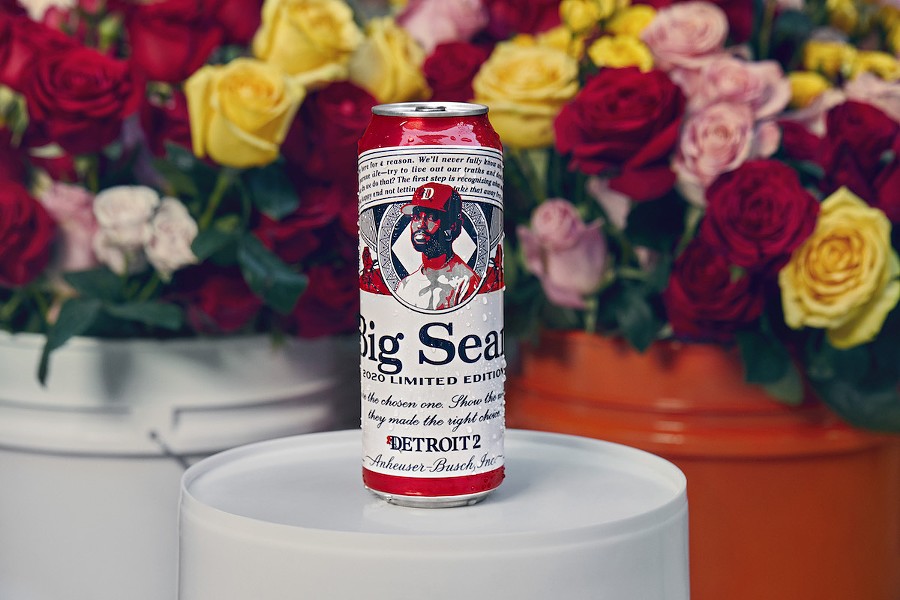 According to a recent interview with Forbes, Big Sean said collaborations like the one with Budweiser are among those “unexpected” blessings he meditates on and prays for.

“One of those things you definitely can never anticipate, especially until it happens. I was even surprised by the offer coming in. And then seeing it, it didn't hit me until the actual cans came in. I was like, 'This is amazing. It looks legendary,'” he said. “Yeah, it's something you definitely can't anticipate at all. But something that's very much appreciated.” He added, “So when things like that happen I look at it as confirmation that my prayers and my vibrations are being felt and heard from the universe.”

The limited-edition cans will be available at stores throughout Michigan starting Monday, Sep. 28 while supplies last.