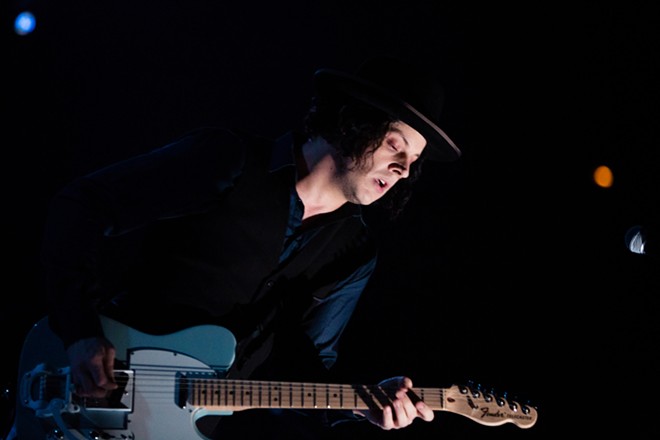 Saturday Night Live found itself in a last-minute scramble to replace this week's musical guest after its originally booked act, country singer Morgan Wallen, was spotted partying in a bar without a mask earlier this week — a violation of SNL's strict COVID-19 safety measures implemented when it reopened Studio 8H for live recordings last month.

SNL creator Lorne Michaels said Friday morning on NBC's Today that a replacement "[has] to be people who are ready to go," and none other than Detroit son Jack White answered the call. "And he's always good on the show," he added.

It'll be White's fourth SNL appearance and third as a solo artist — although with the recent announcement of the first-ever The White Stripes Greatest Hits comp due in December, maybe Jack can convince his former bandmate Meg White to dust off her peppermint-striped drum set for a reunion?

The White Stripes first performed on SNL in 2002. They last performed together on the final episode of Late Night with Conan O’Brien in 2009.

For his part, Wallen acknowledges that he messed up, and said SNL will re-book him at a later date.

"I got a call from the show letting me know that I will no longer be able to play and that’s because of COVID protocols, which I understand," he said in a video posted to Instagram, adding, "My actions from this past weekend were pretty short-sighted, and have obviously affected my long-term goals and my dreams."