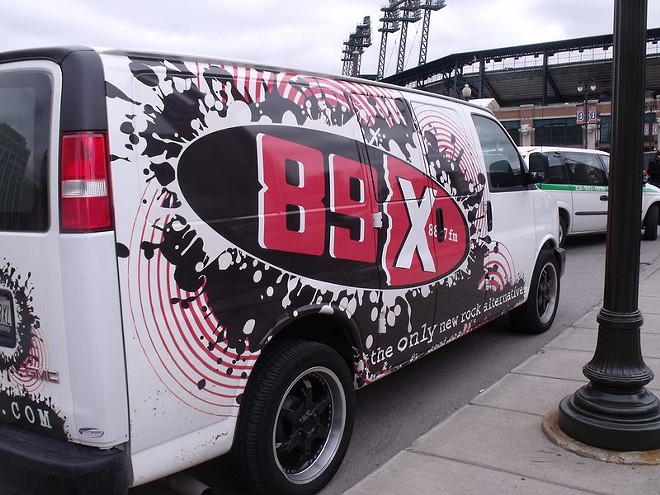 It's the end of an era for fans of Windsor-Detroit radio station 89X, who have been pushed one step closer to the edge as the station breaks from its three-decade run as the area's leading alternative rock hub.

A cryptic statement posted on the 89X website on Wednesday revealed that the station would adopt a new format starting Thursday, Nov. 19, and suggested that fans of 88.7 FM will likely have to find a new place to get their “new rock” fix.

“Thirty years is a long time though and it’s time for a change,” the website read. ”Soon there will be a very new and VERY different sound on 88.7FM and to be honest if you're a New Rock fan you're probably not going to like it.”

Well, they were absolutely right. As of noon on Thursday, the station would no longer give airtime to the hard rock sounds of bands like Our Lady Peace, System of a Down, Sevendust, or Linkin Park. Instead, country fans now have yet another place to hang their Cabela's hats and fishin' poles, as 89.9 FM is now "Pure Country," kicking off the station's era with “Cruise” by Florida Georgia Line.

The transition comes three years after the iHeartRadio station pulled the plug on its Detroit offices.

In addition to the station's annual summer concerts and “The Night 89X Stole Christmas,” where fans could catch everyone from My Chemical Romance, 311, Thirty Seconds to Mars, blink-182, and Kid Rock, who hosted the first Christmas bash — 89X was home to longstanding fan-favorite programming.

Listeners looking for local music had the evening slot occupied by the “Homeboy Show.” Sunday mornings hosted “Time Warp” with DJ Cristina — where listeners could hear classic and obscure alternative rock deep cuts. And Dave and Chuck the Freak hosted 89X's fun and raunchy morning show. Launched in 2001, Dave Hunter and Chuck “The Freak” Urquhart took their show to 101.1 The WRIF in 2012.

“I think it will always be remembered as 'the cool station,' Hunter told The Detroit News. “There was no one cooler in town for so many years.”

One thing is for sure. Not everyone in radio knows what they are doing. 30 years and you blow it.


But 89X isn't the only Detroit-area station getting a makeover. The River (93.9 FM) also shifted formats on Thursday. Once a station where you could hear a “real music variety” including artists like Tame Impala, Matchbox 20, Adele, Coldplay, and the Killers, the station is now Virgin Radio 93.9, a spot for pop songs from artists like Ariana Grande, Dua Lipa, Drake, and Billie Eilish.

The River paddled its way into retirement with the hopeful indie-pop anthem “Somewhere Only We Know” by Keane.