Detroit's historic Blue Bird Inn won't be demolished after all 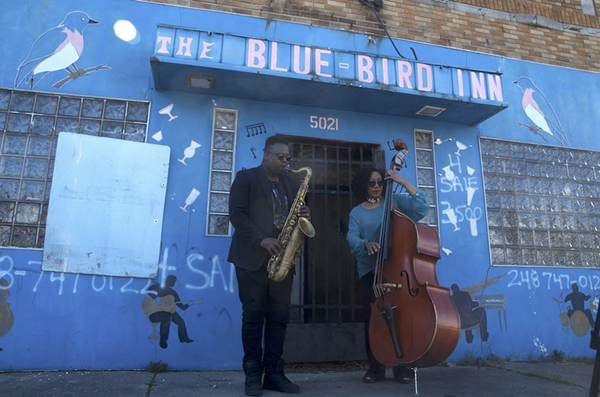 Easily one of Detroit's most storied clubs has narrowly escaped demolition thanks to a recent Historic District designation by the City of Detroit.

The venue, which was purchased by the Detroit Sound Conservancy in 2019 for $8,500 thanks in part to a grant from the Kresge Foundation, will now be able to move forward with restoration, as well as preserve the physical road-tripping Blue Bird stage. At the time of the purchase, however, the future of the Blue Bird remained uncertain, that is until Mayor Mike Duggan signed off on the venue's formal Historic District designation in October, removing it from the list of dangerous structures pending demolition.

The DSC is now turned its focus on repairing, restoring, and redeveloping the site at 5021 Tireman so that it can serve as a community center for the west side neighborhood, as well as a music venue. Beyond that, the revived space will become a museum of sorts, as it will host the DSC's massive collection of Detroit music artifacts, spanning various eras and genres throughout the city's history. But first, it needs a new roof, which could cost upwards of $50,000.

To advance restoration efforts for the Blue Bird Inn, folks can donate to the Detroit Sound Conservancy, via DetroitSound.org.