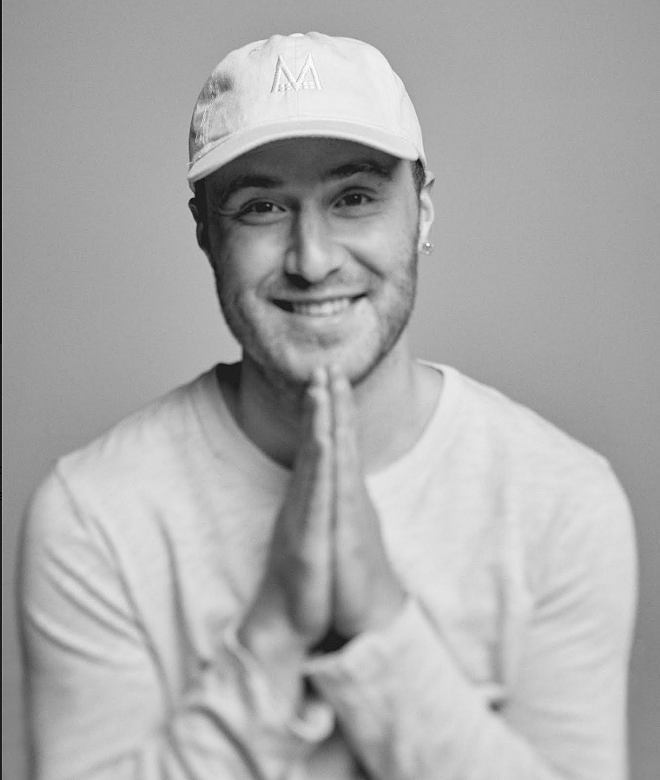 Nearly two years after embarking on a coast-to-coast walking tour of America during which he was bit by a rattlesnake 1,600 miles into the trip, recovered in the hospital, and returned to the scene of the bite to continue his trek, Grammy-nominated singer, songwriter, and all-around risk-taker Mike Posner is setting his sights high — 29,900 feet above sea-level, to be exact.

For the last 18 months, Posner, 33, has been enduring rigorous training (his team sent us some confidential and very intimidating footage of Posner doing pushups on a mountain during a snowstorm) under the guidance of a coach and doctor so that the “I Took a Pill in Ibiza” singer can check off another life goal: climbing Mount Everest.

“Coach, he has a really good quote, he says 'train for climbing mountains by climbing mountains,” Posner tells Metro Times by phone from his training camp in Colorado. “But the important part of the snake story is that I kept going. I went back to the spot that the snake bit into my ankle, and I continued walking. And within a month, I had gone up over the Rocky Mountains. And it was getting over those mountains that I started to dream about Mount Everest. And I thought, you know, I could do that. It's not gonna be easy. It's actually gonna be really, really, really hard. But I'm proving to myself right now I do hard stuff.”

Just revealed: Singer-songwriter @MikePosner plans to climb Mount Everest, a dangerous trek to a height of more than 29,000 feet.@jamieyuccas spoke with the pop star exclusively about his plans — and what inspired his quest. ⛰ pic.twitter.com/OqguX7yTfY


Posner says the pandemic would have looked a whole lot different if not for his training and is blessed to not have had a world tour planned. Aside from not being able to complete mountain climbs in China and South America as part of his preparation, he says he feels pretty lucky to have “been outside and seen beautiful places” with his coach.

But before the physical endurance and gear-related training could take place, Posner says the decision to climb Mount Everest required a ton of research in addition to connecting with people who live along the Nepal-China border, as well as people who have attempted the climb themselves. Ultimately, as Posner says, the most important thing he had to do ahead of time was to first, accept the risk, and then get as “fit as possible” so that he can remain efficient during the climb while not spending too much time in what is referred to by mountaineers as the “death zone” which is honestly as scary as it sounds.

The term death zone is assigned to altitudes that are too high to sustain oxygen pressure, thus making sustaining human life, uh, well, deadly. Mount Everest's death zone is just above 26,000 feet and more than 200 climbers have died as a result of the death zone, or lack of oxygen. In 2019, the same year as Posner's walking tour, 11 people died attempting the climb. At times, Mount Everest winds can exceed 100 mph.

“I definitely feel nervous/excited but this is the same feeling I have before I walk on stage or before I started my walk so what I've learned in my life, which isn't much, but one of the things I've learned is that a lot of beauty is on the other side of that feeling,” Posner says.

“If you can't be friends with that feeling and go through it and what happens is you end up living a very small life and you just stay within your comfort zone forever and your comfort zone never changes or expands. I definitely feel excited and I'm sure as I get closer and closer, I'll feel more and more nervous because anxiety and excitement, when you actually just feel them in your body without a mental narrative on top, they're very close to the same feeling,” he says. “So yeah, it's almost like a signal doing the right thing.”

The idea of doing the right thing is both intuitive to Posner's process with music and his running list of death-defying acts of physical endurance, but it's also in his DNA. Posner's sister is a criminal defense lawyer in New Orleans and his father, Jon, was a notable and celebrated civil and criminal defense attorney who died of brain cancer in 2017. The decision to walk from New Jersey to California in 2019, was a way for Posner to confront and overcome his sorrow which was amplified in 2018 when the Southfield-native lost his friend DJ Avicii to suicide at 28 years old.

The climb is also a way to honor his father's legacy as well as empower a local non-profit organization focused on creating more equity within the legal system by raising $250,000 for their cause.

“His name and reputation, they speak for themselves,” he says of his father. “But I came across this organization, Detroit Justice Center, and I was blown away by the work they're doing. And so I thought, I want to climb Mount Everest anyway, so if I can help raise money for them, I should do that. So I am.”


Climbing a mountain, especially one as storied, dangerous, and fucking huge as Mount Everest, requires patience. Posner will be making the climb during what is considered climbing season and will remain in Nepal for two months. He will first have to quarantine for two weeks before making the trek to base camp where he will stay for about three to four weeks, though the trek from base camp to summit, or the top of the mountain, is actually only four days. The reason climbers must take their time is due to what is called the “climatization round” in which climbers go partially up the mountain and return to base. This process is repeated to ensure the body can handle the changing oxygen levels along the way and when passing through *whispers* the death zone.

“It's a process,” he says. “But the final part of the process four days. But, for me, it's really been a year and a half in the making.”

Though much of Posner's focus for the last 18 months has been on the climb, fans of his music should be very pleased to know that music is always happening. For instance, Posner released his latest single in January, “Mama Always Told Me” featuring Stanaj and Yung Bae. The track, both sunshiney and catchy, reads as a morning mirror mantra for people like Posner who have dreams, goals, and hurdles to overcome. He describes music and things like the climb and the walk as being equal art forms, all of which require intuition.

“Like how do you know this melody is the one that works but the one you thought of right before doesn't? It's a feeling, it's an intuitive feeling,” he says. “And it's the same guidance when I'm deciding to do these projects, like how do you know it's good for you to walk across America instead of just going on another tour or just playing in the studio, in the sandbox that is West Hollywood? It's a feeling.”

He says the connection between these physical feats and the music is a deep one and recalls recording the sounds of birds in Illinois while making his way across the country by foot so he could compare them to the birds in New Jersey.

“It's so much deeper than just like a pop song. And so one of the reasons I want to climb Mount Everest, I want to hear how it sounds.”

Many people say they want to climb Mount Everest but only 800 people per year ever actually try to. Though it is likely that Posner's adventure will inspire others to do things they would otherwise only dream of doing, being a beacon for inspiration is not his goal.

“I'm doing it because I want to be somebody I'm proud of. And it's as simple as that. So if my story has that effect on others, that's a byproduct of me living my life and it's a really nice and beautiful byproduct, but it's a byproduct, so they can make whatever they want out of it.”

Posner goes on to recall how he first came to develop this mindset thanks to a literature class he took while attending Grove High School in which they were assigned Annie Proulx's The Shipping News. His teacher showed them an interview with the author where she claimed it was not her job to interpret the book's meaning, but it was up to the reader.

“I'm paraphrasing but she didn't mean it in an offensive way. Obviously, some of the readers were interpreting it one way, and others another way. And she didn't want any of them to feel wrong because art can mean different things to different people.”

As for what's next, Posner isn't entirely sure. If anything can be learned from Posner's ambition, fearlessness, and the cerebral way in which he approaches life, art, and the zen of mountain climbing, it is that it has little to do with being an adrenaline junkie. In fact, everything in Posner's orbit seems to be born from an organic desire to be better and do more. And while he may always be cooler than, well, everybody, right now he's just excited to submit to the process and explore whatever is on the other side, or, you know, whatever is at the top.

“The truth is, I don't really know what's next,” he says. “I don't really know. I have a long list of things that excite me and that I'm interested in and maybe I'll do one of those things next. I never thought I'd be doing this until I did the walk. I didn't know this was on the menu. So maybe something similar will happen with this. Maybe that's the goal that will change my other goals.”

To learn more about the climb and to view Posner's GoFundMe campaign in support of the Detroit Justice Center, visit MikePosner.com.